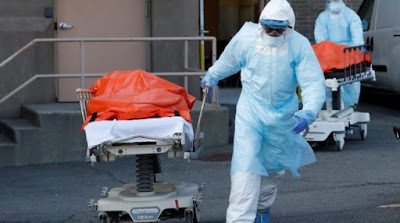 Within one week, 107 people have died from COVID-19 complications across the country.

According to the latest figures by the Nigeria Centre for Disease Control (NCDC) on Saturday, more than 500 people have now died of COVID-19.

The highest fatality toll was announced on Tuesday with 31 deaths, although this included a backlog of 25 deaths recorded over the past weekend.

Meanwhile, 661 new samples have tested positive for the coronavirus in 13 states and the federal capital territory (FCT).

Aside Lagos which confirmed 230 new cases, the toll for Rivers recorded a significant increase with 127 new cases for Saturday, increasing the state’s total to 866 confirmed cases.

Rivers is now the fourth state with the highest number of confirmed COVID-19 cases in the country, moving 10 places up from one month ago when the state had confirmed 79 cases.

A total of 137 persons were also discharged on Saturday, bringing the country’s total number to 6,718 recoveries.