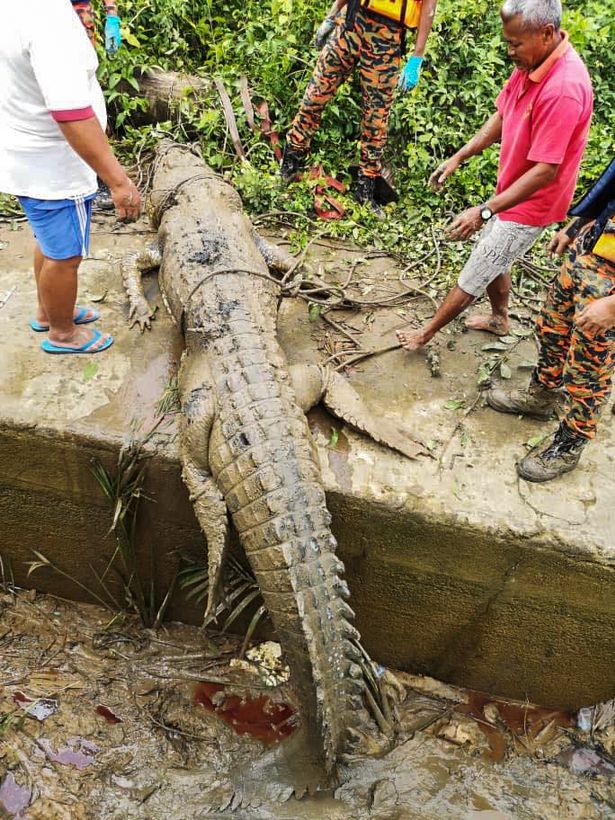 A 14-year-old boy has been found dead inside a crocodile’s stomach after he was pulled from a riverbank and dragged underwater.

Teenager Ricky Ganya had been collecting snails with his family at a riverbank in Kuching, Malaysia on Friday when the crocodile leapt out of the water and towards him.

The 14-foot animal clamped its jaws around the boy’s foot and dragged him underwater, his aunt called for help and the emergency services arrived, but the boy was gone.

They used a chicken as bait to lure the croc back out of the water and it was trapped in a snare four days later.

Locals cut open the reptile’s stomach and found clothes belonging to Ricky as well as a number of human remains.

An officer from the Sarawak Fire and Rescue Operations Center said: “At about 9:15am, the crocodile took the bait, a chicken, attached to a hook laid by a team at a spot about three miles away from where the boy was last seen.

“The crocodile was pulled onto the shore where its stomach was checked. “Sadly, there were human remains inside and these were identified as belonging to the missing teenager.”

The boy’s remains were taken home by the family for him to be given a funeral in their village.