Home News UK Told To Withdraw Foreign Aid From Nigeria Due To Killing Of... 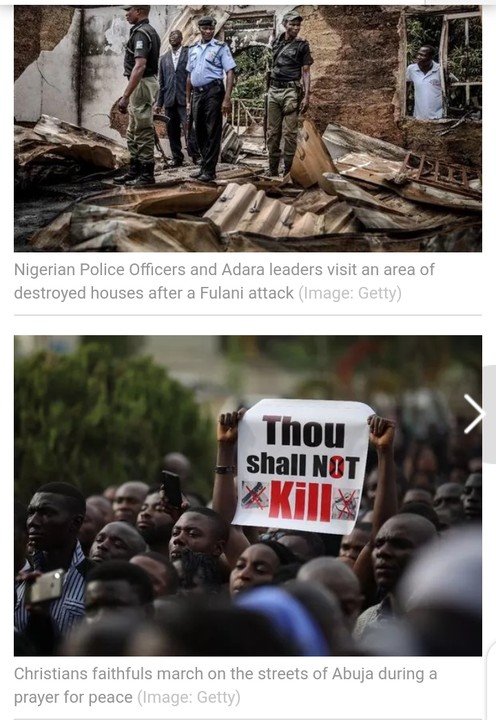 More than half of people (53 percent) want British aid to Nigeria made conditional on measures protecting Christians, a new Savanta ComRes poll shows.

The poll comes as concern mounts about atrocities carried out by Boko Haram and the region’s version of the so-called Islamic State.

There was also strong support for lobbying the UN to send peacekeeping forces into parts of Nigeria (53 percent).

Two in five UK adults (39 percent) say they expect the UK to speak out against violence towards Christians in Nigeria.

The poll of more than 2,000 adults, commissioned by humanitarian organisation PSJ UK, also found that more than one in four people (26 percent) of people would support Britain intervening with military force in parts of Nigeria, although 35 percent were opposed.

Ayo Adedoyin, PSJ UK’s chief executive, said: “For too long, Nigeria’s Christians have been silently slaughtered. Their cries have been ignored by the mainstream media and political establishment, both in Nigeria and across the Western world.

“There will be no peace in Africa until Nigeria, the continent’s largest economy and breadbasket of the future, can defend each of its citizens, particularly the most vulnerable. While we cannot underestimate the threat of Covid-19, it is undeniable that Islamic terrorism has posed a bigger threat to Nigerian society at the start of 2020.

“The poll findings are highly encouraging, particularly as they indicate a strong expectation of British involvement to solve this crisis. Sanctions on high-profile rights abusers who contribute towards or permit the mass killing of innocent Christians is a good place to start, and I commend the British public for supporting this measure.”

A spokesman for the Department for International stressed that aid does not go directly to the government of Nigeria, stating: “We are deeply concerned by human rights abuses against all Nigerians, including Christians, and have raised our concerns at the highest levels of the Nigerian government. Nigeria has millions of people living in extreme poverty, and it is right that the UK provides life-saving humanitarian support to vulnerable people in need.”