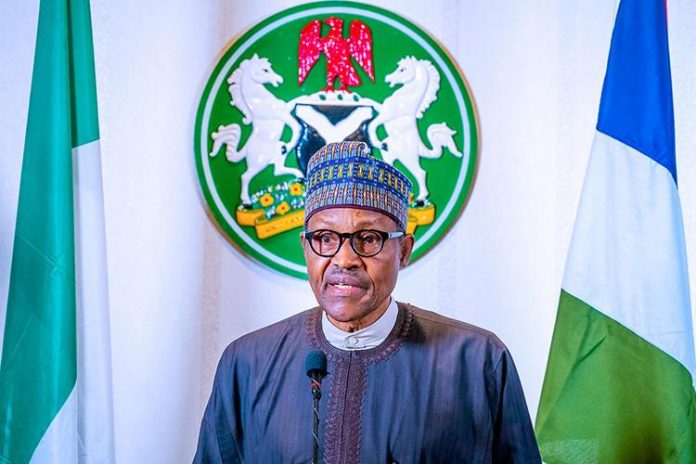 President Muhammadu Buhari will deliver the opening speech at the 60th Annual General Conference of the Nigerian Bar Association (NBA).

The president is a late addition to the lineup of speakers for the conference as the NBA announced on Tuesday, August 25, 2020 that it was excited about the president’s appearance.

The conference is scheduled to take place between August 26 and August 29, and will be a virtual event due to the physical limitations enforced by the coronavirus pandemic.

The NBA event has been at the centre of national attention over the past week after the association withdrew an invitation it previously extended to Kaduna State governor, Nasir El-Rufai.

The governor became the target of an online campaign mainly coordinated by lawyers who threatened to boycott the conference as long as he’s involved.

A lot of the accusations against El-Rufai revolved around his general attitude towards the rule of law, as well as his handling of the insecurity crisis in his state.

After days of sustained protests by lawyers and many groups, outgoing NBA president, Paul Usoro, announced at the association’s National Executive Committee (NEC) meeting on Thursday, August 20 the governor would no longer participate.

The NBA’s decision was equally met with opposition especially from the association’s branches in a few northern states who also threatened to boycott the conference.

El-Rufai also criticised the decision, accusing the NBA of acting in the interest of one side without fair hearing to the other.

Other notable speakers listed to speak at the conference include Vice President Yemi Osinbajo; Speaker of the House of Representatives, Femi Gbajabiamila; and Chief Justice of Nigeria, Muhammad Tanko.

Over 20,000 people have registered to participate in the event.

#USElection:Trump Suffers Triple Disasters In Court In One Day

FG To Announce Another National Lockdown As COVID-19 Fights Back

Breaking: US House Votes On Resolution To Impeach President Trump