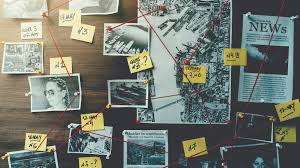 AUGUST 04, 2020 A total of 20 journalists have received grants aimed for investigative reports and research on corruption and tracing of illicit assets.

The grants were provided by Human and Environmental Development Agenda (HEDA Resource Centre) in collaboration with Cornerhouse, finance uncovered, Premiumtimes Centre for Investigative journalism and University of Kent, London.

The project is funded by Open Society Initiative for West Africa, (OSIWA)/OSF and MacArthur foundation.

A statement by HEDA Resource Centre signed by its Chairman, Mr Olanrewaju Suraju recalls that earlier in March the consortium had called for application from interested persons for the anti corruption grant for investigative reporting and research.

At the end of the application process, a total number of 45 applicants expressed their interests in the grant. After review by a technical team, 20 applicants were selected for the grant.

Journalists were selected based on quality of applications submitted. Successful applicants submitted a 3-month investigation work-plan, potential total cost of investigation with a realistic and verifiable budget.

“The Grant for anti-corruption investigative reporting and research is designed to empower journalists, activists, citizens as well as actors within the private and public sectors towards engaging in demand for accountability, probity and transparency through research, monitoring and reporting corruption, money laundering, noxious assets and illicit financial flow in and out of the country.”

According to the groups, the aim is to engender sustained awareness and engagement in dealing with corruption issues, illicit financial flow, money laundering and expose inadequacies in the financial system of some of the countries of destination.

HEDA partnered with other civil society and media organizations (Cornerhouse, finance uncovered, Premiumtimes Centre for Investigative journalism and University of Kent) in engaging local anti-corruption agencies and international mechanisms (Unexplained Wealth Order of the UK and Mutual Legal Assistance in Criminal Matters between Nigeria and Dubai) in tracing noxious funds and stolen assets for effective and timely freezing and recovery of such assets.

The successful applicants were contacted after the relaxation of the lockdown in the country many of who have commenced investigation on chosen corruption stories.

The grant will last for a period of three months and all applicants are expected to submit the report of their findings after the stipulated time.

The report of the investigation will be published on various newspapers and online media.

The Objectives of the intervention are to enhance expertise and share knowledge among institutions and citizens on tracking noxious funds and assets, mobilize sustained engagement of activists and anti-corruption movements, stimulate robust engagement with political platforms and actors in Nigeria to  strengthen open governance, ease  tracking of noxious funds for speedy recovery and encourage a data-driven  assets tracking and reporting by the anti-corruption and accountability community.

“The project also hopes to facilitate access to resources (data, personnel, technical and ﬁnancial) for journalists and activists to research, investigate, report, publish and advocate on cases of illicit assets and financial flows” said the groups.

Suraju said the theft of public assets and resources from developing countries is a huge problem. Cross-border flow of global proceeds from criminal activities, corruption and tax evasion is estimated at between $1 trillion and $1.6 trillion per year, while proceeds of crime associated with bribes received by public officials from developing and transition countries is estimated at $20 billion to $40 billion per year – a figure equivalent to 20 to 40percent of flows of development assistance.

HEDA said the true cost of corruption far exceeds the value of assets stolen by leaders of affected countries.

“This would include the degradation of public institutions, especially those involved in public financial management and financial sector governance, the weakening if not destruction of the private investment climate, and the corruption of social service delivery mechanisms for basic health and education programs, with a particularly adverse impact on the poor,” the groups said.

The stolen wealth of Nigeria and other African countries has not only found safe haven in banks and financial institutions in the UK and other western countries but has become a major source for the purchase of properties in London and the United Arab Emirates.

The groups noted that every year, hundreds of billions of pounds of corrupt money is laundered in the UK and invested in property by corrupt individuals . Transparency International in March 2017 reported that politicians and public officials with suspicious wealth and through illicit transactions have bought over £4.2 billion worth of properties.

The groups hope that the Grant for anti-corruption investigative reporting and research will empower journalists, activists, citizens as well as actors within the private and public sectors towards engaging in demand for accountability, probity and transparency through research, monitoring and reporting corruption and associated vices.