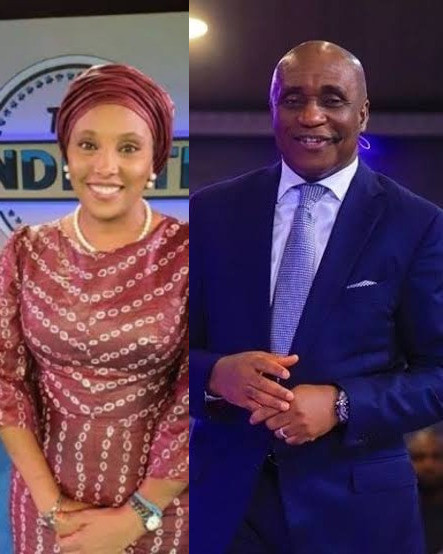 Popular Nigerian journalist, Kadaria Ahmed has been blasted by Nigerian Twitter users after she criticized Pastor David Ibiyeomie for his statement towards Daddy Freeze.

IgbereTV reported that Ibiyeomie called Daddy Freeze bad names while condemning him and accusing him of insulting his spiritual father, Bishop David Oyedepo.

Kadaria stated that she wonders which religious book Ibiyeomie is practicing. She quoted Matthew 5 and pointed out that it says, “But if anyone slaps you in the right cheek, turn to him the other also…”

Twitter users called her out for not criticizing Muslim authorities who sentenced 22-year-old Kano singer, Yahaya Aminu-Sharif to death for blasphemy, only to find her voice when a Pastor did something she considers wrong.

When a Twitter user shared a post by Bashir Ahmaad supporting the death sentence and asked why Kadaria didn’t slam Bashir Ahmaad for his tweet, Kadaria gave a sarcastic reply to that.What Temi Otedola Says About Kunle Afolayan’s Citation’s Teaser

She was advised by other Twitter users to keep the same energy when Islamic clerics are involved and also to call out the killings in southern Kaduna.