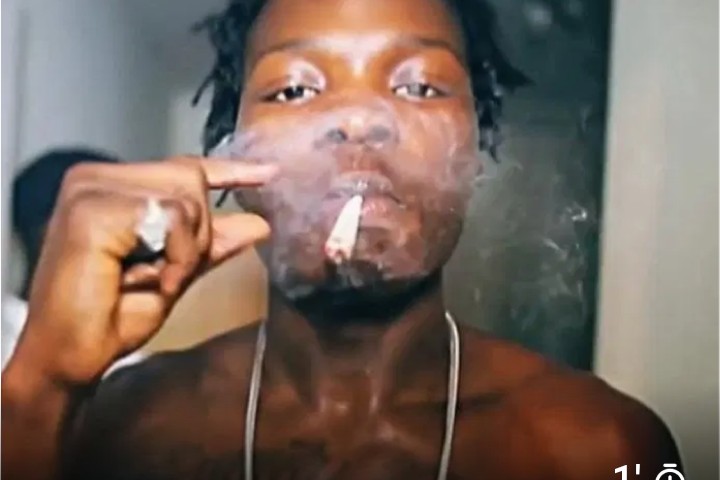 Nigerian rapper Naira Marley has again made it known he really does not care about the law.

According to the Soapy crooner, he will keep smoking marijuana despite the drug not being legal in Nigeria.

The rapper shared a photo of himself smoking hemp and wrote; ”Legalise it or not I will smoke it.”