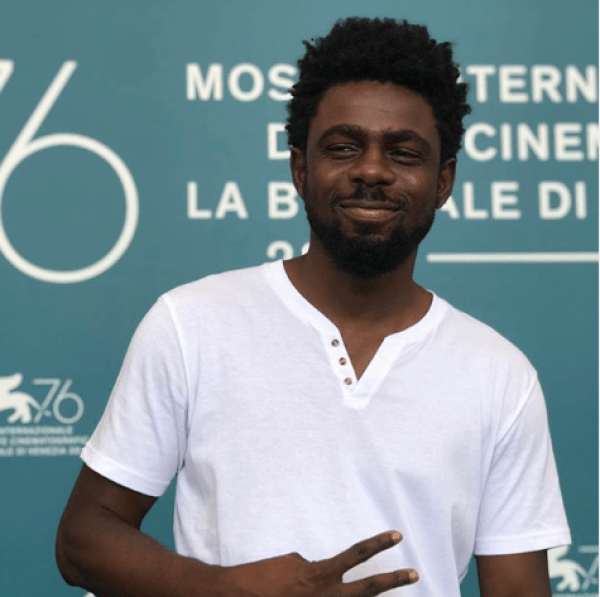 A Nigerian filmmaker, Joel Kachi Benson has won an award at the 2019 Venice Film Festival for his documentary, Daughters of Chibok.

Daughters of Chibok, which is a Virtual Reality (VR) based documentary, won The Lion Award for Best VR Story at the 76th Venice International Film Festival on Saturday in Italy.

The documentary produced by a Nigerian firm, VR 360, was the only film from Africa selected to compete with 12 others from across the globe.

The documentary features the suffering of mothers since the abduction of their daughters at their school in Chibok by Boko Haram insurgents in 2014.

He said during his speech: “I stand here today representing my country Nigeria and my continent, Africa as proof that all you need to get there is faith and courage.

“That is what you need to go out there and tell the stories that matter.”

He added: “With this VR film, all I wanted to do was to take the world to Chibok and show them these women who for five years have been living in pain because their daughters are still missing, I felt it was wrong for the world to just move on and forget.”

Benson, who runs a virtual reality film studios, VR360, in Lagos, Nigeria, told CNN that his decision to make the film was born out of curiosity to find out more about the infamous kidnappings for himself.

He said: “When the story broke out years ago, there was a lot of talk about it. Some people thought it was fake; others thought it was political. I guess my original reason for making this film was curiosity, I wanted to get the information myself. “

Benson said he set off with his crew and they spent several days in the small village in Borno State speaking to families victims.

He said: “I have always felt like my experiences in the northeast were not fully captured. But the moment I wore a VR headset for the first time, I knew I had found a way to engross people in my stories.”

He continued: “When my name was announced as the winner and I walked up on stage, it was the most surreal thing ever. Almost like an out of body experience. But I knew this was an opportunity to remind the world that Chibok is still here and the story doesn’t have an ending yet. And so we must not forget.”

He went on to state that families of victims were left on their own to deal with the tragedy.

He said: “One of the most shocking things I found out was that none of the parents had received any form of support since the incident. Not therapy, not psychosocial support, nothing.”

Benson told CNN he wants to use the film to make life better for the families of the kidnap victims by providing modern farming tools to help the women sustain their farms and create a decent standard of living.

“I know it will never replace a missing child, but it will make a hard life just a little easier,” Benson told CNN.