Home News 2020 NBA Conference: Malami To Be Dis-Invited For Allegedly Disobeying Over 50... 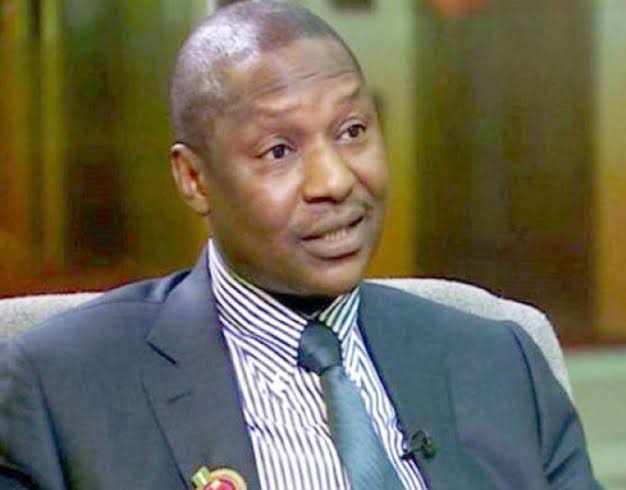 Chinonye Obiagwu, a Senior Advocate of Nigeria, SAN, has given reasons why the Attorney-General of the Federation, AGF, and Minister of Justice, Abubakar Malami, SAN, should also be dis-invited from speaking at the Nigerian Bar Association, NBA, Annual Conference, just like the Governor of Kaduna State, Nasir El-Rufai, Citynewsng.com reports.

He added that it is wrong for the Association to have apologised to the Governor of Kaduna State, for withdrawing the invitation earlier sent to him.

Obiagwu, a member of the NBA National Executive Committee, NEC, stated that the NBA’s apology to Governor El-Rufai was unnecessary.

Obiagwu said this when he appeared on Channel Television’s Sunday Politics, where he disclosed that the body of Nigerian Lawyers should also withdraw Malami from speaking at the event.

His words: “I must say that the apology of the present NBA, is completely unnecessary, because NEC has taken a decision; making an apology does not arise at all.

Speaking further, he pointed out that the NBA NEC did not just dis-invite the Kaduna State Governor, because of the incessant massacre going on in Southern Kaduna, but also because Governor El-Rufai, according to him, had been found wanting in obedience to court orders.

He warned that the NBA as a pressure group must not allow government Officials that flout the Rule of Law at will in its fold.

He wondered why Governor El-Rufai has not been able to end the lingering crisis in Southern Kaduna, where hundreds of people are being slaughtered, insisting that the situation could be considered as a genocide.

The SAN maintained that the government of Governor El-Rufai in its second term, “has done little or nothing to curtail the killings”.

Obiagwu added: “We do not have records of people who have been properly investigated or prosecuted for huge, massive, and systematic massacres going on in Southern Kaduna.

“It is very appalling that a village will be razed down in a State, where a Chief Executive is the Chief Security Officer, and we do not see the concerted effort, a commitment to bringing to justice, those responsible for those massacres.”