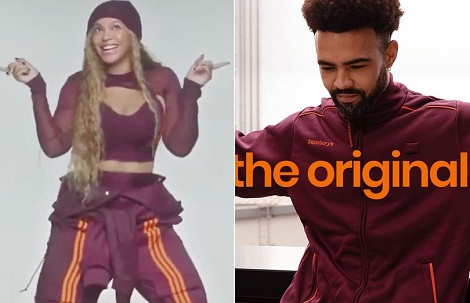 Beyonce ‘s new Ivy Park collection has been the talk of the town in recent days, as more and more celebrities receive their press packages.

The singer’s latest fashion venture has a very similar colour palette to that of the uniform Sainsbury’s employees wear, and the comparison has turned into a global sensation in recent days.

As more and more people picked up on the uncanny resemblance, Sainsbury’s could not stay silent any longer, and sent out a hilarious tweet at Queen Bey herself.

The supermarket chain made sure to let everyone know who made the colour palette famous first, tweeting a photo of their uniform with “the original” written on the image, as they told fans: “Repping since 1869”, with a winky face emoji.

But the supermarket’s Twitter shade did not stop there.

The account later tweeted: “Who needs Beyonce. Sainsbury’s original and the best.”

To which the supermarket hilariously responded: “We made it famous though!!”