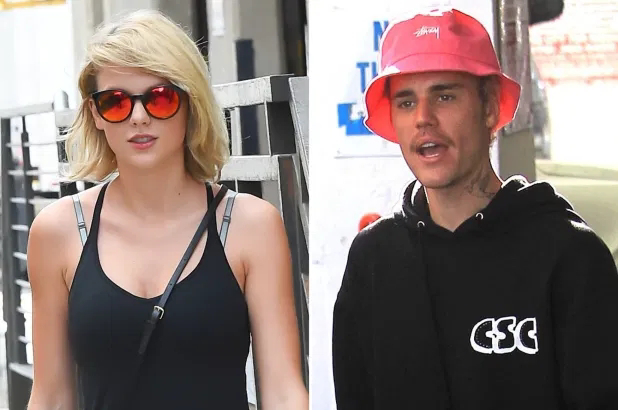 Justin Bieber was reportedly asked to leave Dogpound gym in West Hollywood when Taylor Swift arrived for her workout.

The What Do You Mean singer was at the gym earlier this week when he and the remaining attendees were told to go because Taylor had a training appointment.

However, Justin’s team held strong and insisted he continue exercising when they were approached to leave, according to TMZ.

Justin, 25, reportedly did not know it was Taylor, 30, with the appointment, but was able to finish his workout – which was mostly just him dancing around and goofing off.

Once he was done with his workout, Justin and everyone else who stayed behind left the gym.
The Canadian pop star was spotted arriving at the location on Monday where he opted not to use the private entrance.

‘He was asked to leave by the gym because they had other appointments,’ added out source.

‘It is a private gym so everyone has their own time slots.’

While Taylor, who reportedly asked to train alone, was not spotted as she used the gym’s private celebrity entrance and exit, Justin opted for the standard front door.
His driver dropped him off in a large SUV and he was seen rocking a Dogpound singlet top with the number 23 on the front.

The Sorry singer didn’t appear too happy when he left the gym and carried a new skateboard in his hand.

And perhaps learning his lesson and making an appointment, Justin was back for a session on Saturday morning.