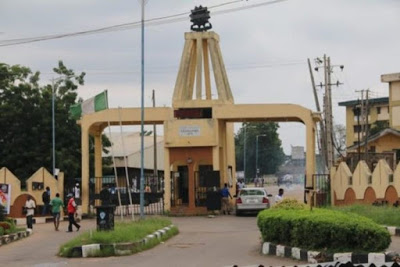 The senate of the University of Ibadan will appoint an acting vice-chancellor next week.

NAN reports that the vice-chancellor will be selected by the senate at a special meeting to hold on Monday.

The development is contained in a memo signed by Morenike Afolabi, deputy registrar, senate, admission and affiliated institutions (SAAI).

“Agendum: Selection of one of its members as Ag. Vice-Chancellor (The candidate must not be one of the contestants for the position of Vice-Chancellor). Please attend and be punctual,” the memo read.

The National Universities Commission had, in a letter dated November 27, 2020, enjoined the governing council of the university to appoint someone who would  take over from Idowu Olayinka, the outgoing vice-chancellor pending the time a substantive VC would be appointed.

In the letter addressed to the institution’s pro-chancellor, Abubakar Rasheed, NUC executive secretary, said the selection of an acting vice-chancellor is to avoid the vacuum that would be created since a new VC is yet to be appointed.

According to NAN, Nde Joshua Waklek, pro-chancellor of the institution, has also been summoned to Abuja by the NUC.

This comes hours to the end of the tenure of Olayinka. The selection process for his replacement has begun afresh.

Adamu Adamu, minister of education, was said to have ordered the recommencement of the selection process, following the controversy that has trailed the exercise so far.

The minister also directed that all 18 persons who applied for the position should be invited for a fresh screening.

A previous selection process was suspended by the governing council, following a protest by the Joint Action Committee (JAC), comprising members of the Senior Staff Association of Nigerian Universities (SSANU) and the Non-Academic Staff Union (NASU) in October.

The unions had claimed that the five-person selection committee for the appointment of a new vice-chancellor had been compromised.

Sequel to the order of the minister, the senate held a meeting on Wednesday to select two members who will be part of the joint council/senate representatives to conduct fresh screening exercise for applicants.