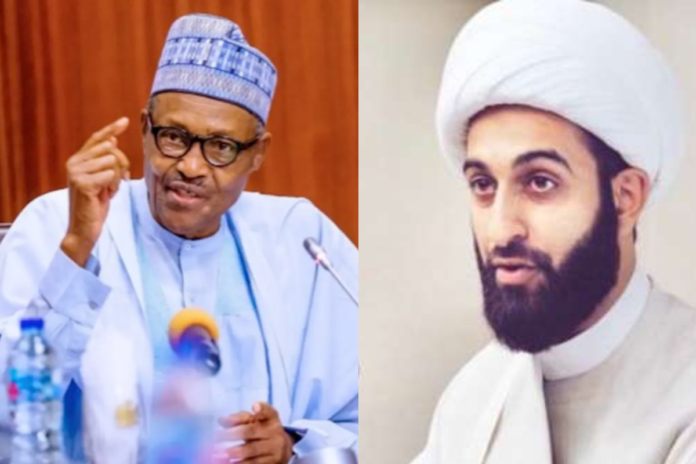 Imam of Peace has said Buhari must go to jail because of Borno Massacre carried out by Boko Haram sect.

Blaming Buhari for the level of insecurity currently rocking the Northern part of Nigeria and specifically because of what happened on Saturday when Boko Haram beheaded 43 farmers in Zabarmari, less than 20 km from Maiduguri, the Borno State capital.

In a tweet on Borno Massacre, the Islamic scholar said, “#Buhari is the one who released thousands of them (Boko Haram Insurgents) from prison because according to him: “They repented.” Buhari must be jailed for treason”.

Meanwhile, President Buhari, in a statement issued by his spokesman, Garba Shehu late Saturday night expressed grief over the killing of farmers on rice fields at Zabarmari, in Jere Local Government of Borno State.

He condemned the killing, saying the entire country is hurt by these senseless killings.

Buhari said his government has given the necessary support to the military to protect the country’s population and territory.

In his words, ”I condemn the killing of our hardworking farmers by terrorists in Borno State. The entire country is hurt by these senseless killings.

“My thoughts are with their families in this time of grief. May their souls Rest In Peace,” he said.