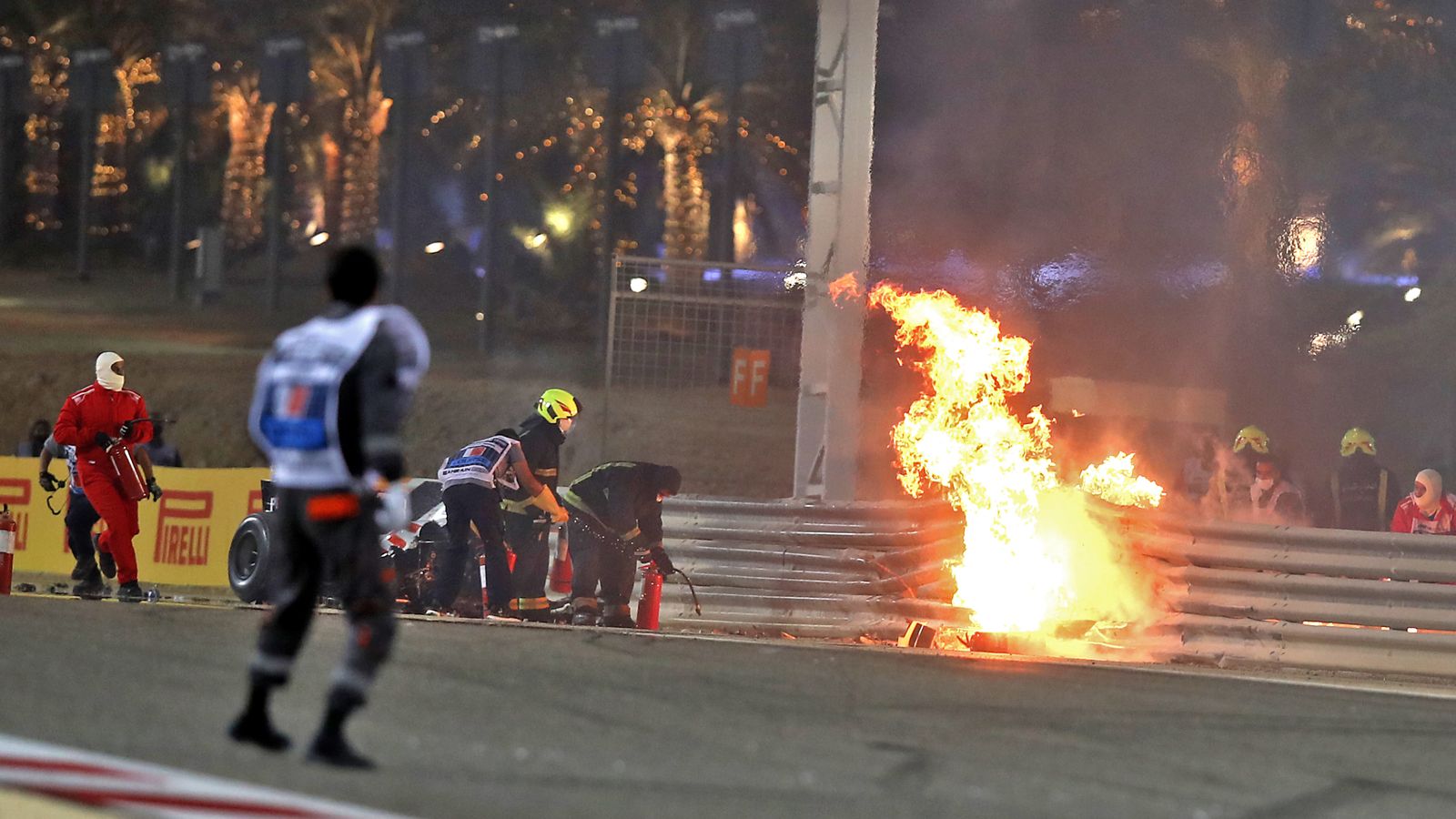 Roman Grosjean has had a lucky escape as his Formula One car splits into two at high-speed,then bursts into flames.

CityNews Nigeria reports that Formula 1 racing driver Romain Grosjean has survived a high-speed crash at the Bahrain Grand Prix, emerging from his car as it was engulfed in flames after smashing through a barrier. 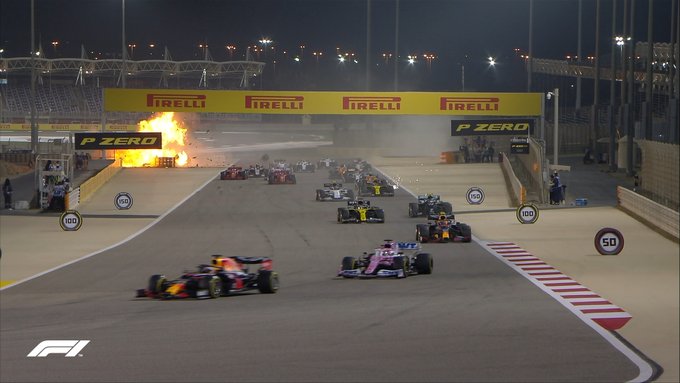 The 34-year-old hopped out of his car – which was ripped in two – managing to escape while the car was on fire, and is being attended to by medical staff.

The accident halted the Formula 1 Bahrain Grand Prix on the opening lap, before the Frenchman limped away to an ambulance. 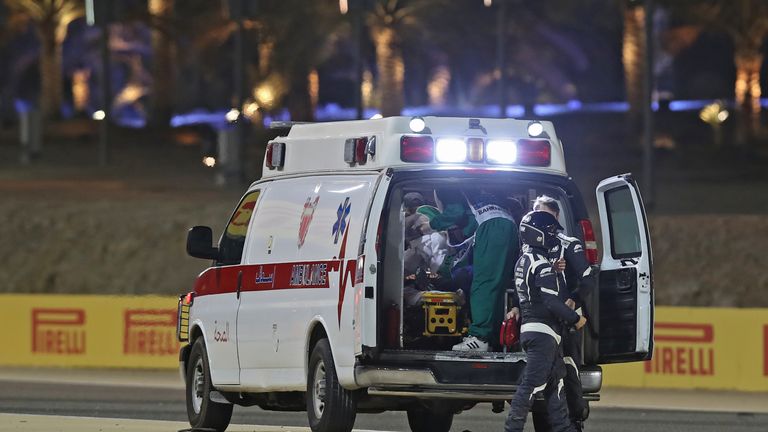 The impact of Grosjean’s crash was measured at 53G according to an FIA spokesperson. 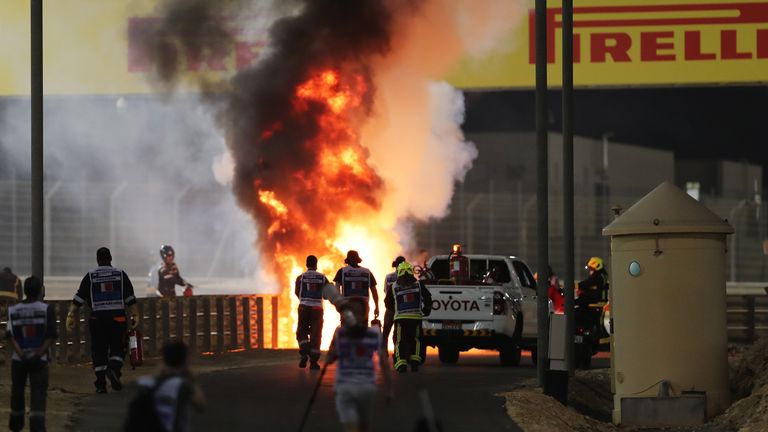