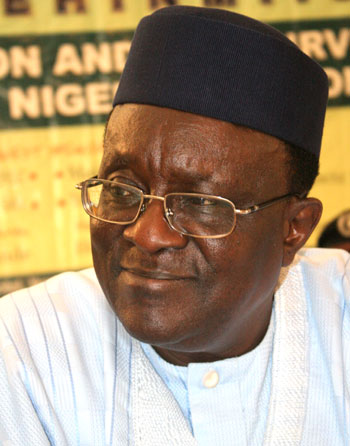 LAGOS, Sunday, 29 November 2020: The Human and Environmental Development Agenda (HEDA Resource Centre) has pronounced December 10, 2020 as the date to unveil final winners of its 3rd Annual Gani Fawehinmi Impact and Integrity Awards (GFIIA) and present them the Awards. The organisation also thanked those who nominated and or voted candidates during the process and invited those who may not be able to join at the physical presentation to do so online via a Zoom link available on the organisation’s Twitter handle, @HEDAgenda.

In a statement issued in Lagos, Mr Olanrewaju Suraju, Chairman of HEDA Resource Centre said: “While corruption that is now synonymous with Nigeria has become worrisome, the truth however remains that there are still Nigerians that are nonetheless forthright and honest. Thus, as much as we make efforts to recover Nigeria’s stolen wealth and bring corrupt individuals involved to book, as an organisation, we consider it a duty as part of the anti-corruption campaign to also recognise the unsung heroes and heroines who have maintained integrity in the faces of opportunities for corrupt practices. This is why HEDA, with the Support of MacArthur Foundation, launched the GFIIA in 2018 to recognise these forthright individuals.”

Explaining why the Award was named after the late icon, Gani Fawehinmi (SAM, SAN), Mr Suraju said: Without doubt, Chief Gani Fawehinmi is one Nigerian whose exemplary life and deeds could propel the march towards the envisioned new Nigerian consciousness. The four categories of the awards are therefore conceived as fitting recognition of the impactful track record of integrity bequeathed to the new generations of Nigerians by Chief Gani Fawehinmi in his lifetime. Hence the Award was named after him.

Mr Suraju recalled that the first two editions of the Award saw the conferment on people publicly adjudged by Nigerians as persons of integrity, impeccable character and impacts. According to him: “For the maiden edition in 2018, the Outstanding Integrity Award (OIA) category was won by Professor Ishaq Oloyede, Registrar of the Joint Admission and Matriculation Board (JAMB); the Outstanding Impact Award (OiA) category was won by Mr Olusegun Awosanya, also known as @Segalink; and the Valuable Whistle-Blower Award (VWA) was won by Mr Omoyele Sowore, journalist and Publisher of Sahara Reporters.

According to the statement, this year, with a new category added to the Awards – Nigerians In Diaspora Integrity Ambassador (NIIA) Award, the call for nomination of awardees opened on July 18 and closed on September 14 with 157 nominees nominated by 291 nominators. This was followed by a two-week shortlisting of candidates by experts; a total of 29 nominees were shortlisted. The shortlisted nominees were then presented for public voting from October 28 to November 21. Over 2000 votes were cast for the shortlisted nominees within the period

READ ALSO:   Esabod vindicated at last as Oluwo’s ex-wife accuses him of sleeping with a minor ; plus the messy details (video)

The organisation further thanked Nigerians at home and abroad for participating widely in the nomination and voting process. It extends gratitude to the Advisory Board of the GFIIA comprising of Professor Ayo Atsenuwa, Prof. Uzoguruwa Udombana, Professor Itse Sagay, Dr Abiola Akiode-Afolabi, Comrade Femi Aborisade, Mr Femi Falana (SAN) and Mr Olanrewaju Suraju for their continued support to the programme.

HEDA further assured the public of the organisation’s commitment to guarding the integrity of the process and ensuring due diligence as it now progresses towards the awards presentation. The organisation also invites everyone to join the Award presentation via Zoom, the link of which is available on HEDA’s website and its social media platforms.