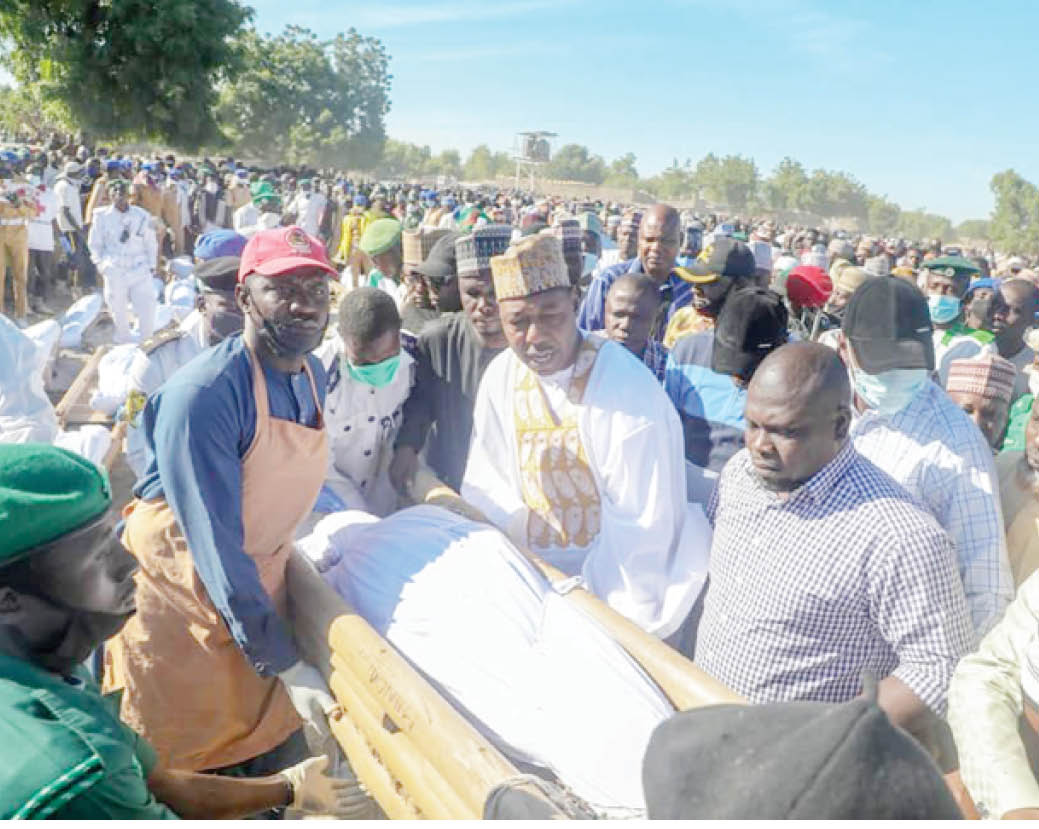 Garba Shehu has sharply reacted to backlash that greeted his somewhat callous comments over Borno Massacre.

CityNews Nigeria reports that Senior special assistant to the president on media and publicity Garba Shehu on Monday took to social media to clarify his statement earlier in the day that 43 farmers who were gruesomely murdered by Boko Haram fighters on Saturday in Borno had no military clearance to resume farming.

Mr Shehu came under backlash after his statement in an interview on BBC.

He tweeted later, saying he gave an honest answer to the question of whether the security agents certified the area terrorist-free.

“Today, I found myself leading the trends in the social media for the wrong reasons,” he wrote.

“The State of Borno is essentially a military zone up till now that we are talking and much of what people do; much of where they go are governed by the exigencies of security.

“Routinely, traders, administration officials and even UN agencies get the green light to go to many of the areas to avoid trouble.

“Information from security agencies says that the Zabarmari marshlands are infested with land mines and movements in around those areas subject to military oversight.

“No one is delighted with the massacre in Zabarmari and there is nothing anybody will gain by playing blame games.

“The question I tried to answer on BBC was: did the security sign off on the area as being free of mines and terrorists? The honest answer is, no.”