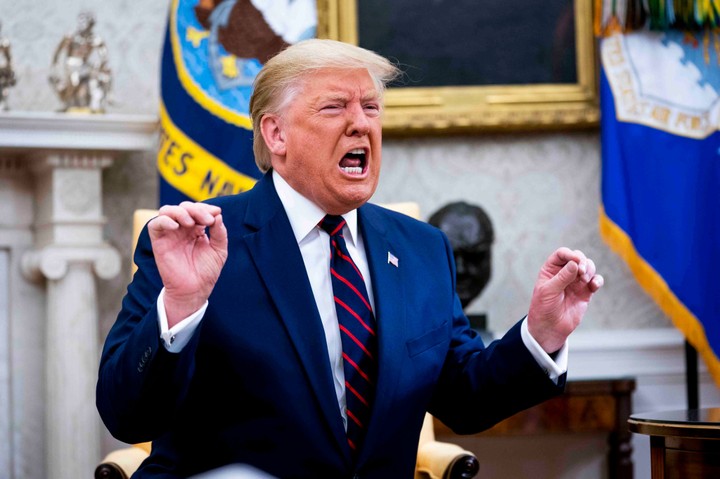 US President Donald Trump says his claim that the November presidential election was marred by fraud and irregularities will not be recanted.

Trump said this during a chat with Maria Bartiromo in an interview by Fox News on Sunday,

Joe Biden, candidate of the Democratic Party, had defeated the incumbent in the presidential election.

In what many observers feel undermines the American democracy, Trump has repeatedly and continuously alleged that the election was not fair  and credible.

He had instituted series of legal actions to challenge the outcome.

Speaking in his first TV interview since the election, Trump insisted that the exercise was “rigged”, adding that his reservations about Biden’s victory in the election can’t be easily eroded by the passage of time.

“My mind will not change in six months. There was tremendous cheating here,” Trump said.

“If Republicans allow it to happen, you’ll never have another Republican elected in the history of this country, at a senate level or at a presidential level.”

Although some of the lawsuits filed by Trump and his supporters concerning the election have been squashed, the US president said theu will substantiate their claims of electoral fraud by presenting more evidence in court.

“We’re trying to put the evidence in and the judges won’t allow us to do it, We are trying. We have so much evidence,” he said.

Although Trump has approved the formal process of transition of power for Joe Biden to assume office at the White House in January, he has refused to concede defeat.