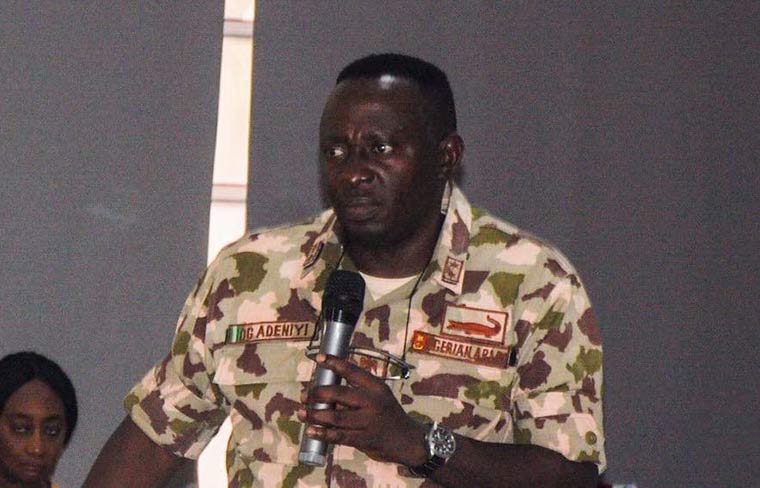 Despite his conviction and subsequent demotion by a court-martial in Abuja, the former Theatre Commander of Operation Lafiya Dole, Maj. Gen. Olusegun Adeniyi, would continue wearing his current rank until the judgment was confirmed by the military authorities.

The tribunal had, while handing down its judgment on Monday, said the order was subject to confirmation by the authorities.

However, it was learnt that the decision of the military high command on the judgment may take some time.

Our correspondent could not ascertain on Tuesday if Adeniyi was given a command or office since he was removed from leading the counter-insurgency operations against the Boko Haram insurgents in Borno State in March.

The tribunal had found Adeniyi guilty of violating military social media guidelines and ordered his demotion by at least three years.

Adeniyi’s aide, Private Tokunbo Obanla, who was prosecuted alongside the general, was also found guilty and sentenced to 28 days in jail with hard labour.

The verdict came eight months after a video of Adeniyi complaining about a lack of military equipment to combat Boko Haram insurgents in the North-East went viral.

The Major General was subsequently removed from the front and also suspended by the military authorities.

Ironically, Adeniyi was convicted on the day the Minister of Information, Lai Mohammed re-echoed his claims that the army lacked the weapons to engage the insurgents.