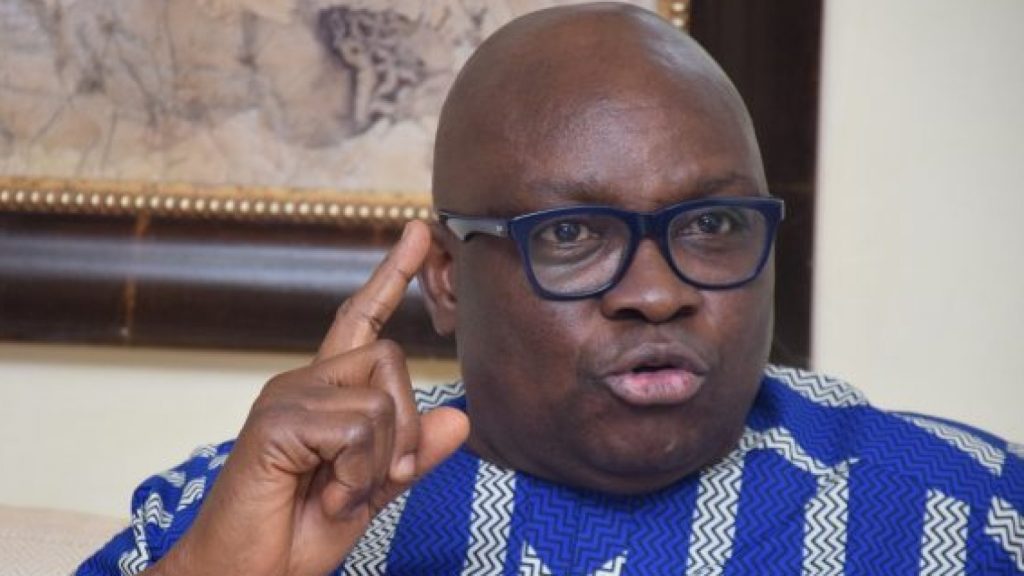 Ayodele Fayose, a former Governor of Ekiti State, says house of representatives members who pushed the motion for president Muhammadu Buhari appearance before the house will be doing so at great personal cost.

Fayose was speaking on the consensus reached by the house to summon Buhari over the worsening security situation in the country.

The consensus was sequel to a motion moved by house members from Borno who insisted that the president must appear before the lower legislative chamber following the killing of over 40 farmers in Zabarmari area of the state on Saturday.

Ruckus ensued in the house after the Speaker, Femi Gbajabiamila, averred that summoning Buhari to divulge critical and confidential military briefings will be inappropriate.

He said such move would be counter-productive.

Reacting to the development, Fayose, in a tweet via his Twitter handle on Tuesday, said members of the house who summoned Buhari are mere toothless bulldogs.

He added that he would be surprised if Buhari honours their invitation, adding that the principle of checks and balances in a democratic society does not resonate with Buhari.

“I will be surprised if the President honours the House of Reps invitation.

“The National Assembly that is supposed to be representing the people should know by now that in the eyes of this President, they only exist on paper because they are mere toothless bulldogs.

“Some of those Rep members at the forefront of the invitation of the President to appear before the House should expect EFCC invitation, freezing of their accounts or arrest for plotting to bring down the legitimate government of the President. I warned,” Fayose tweeted.