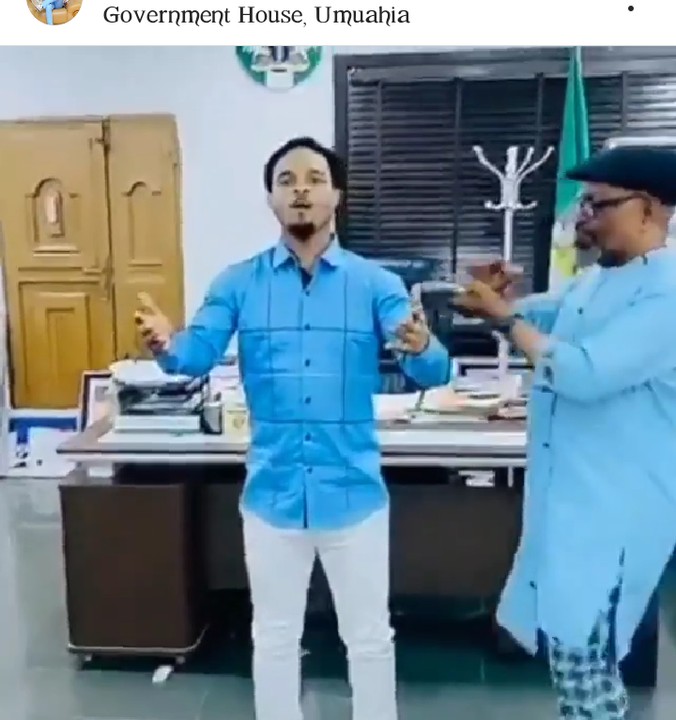 Governor Ikpeazu of Abia has suspended his Chief of staff over prophet Odumeje’s visit to government house.

Abia State Governor, Okezie Ikpeazu, has suspended his Chief of Staff, Anthony Agbazuere after a video of him spraying money on Odumeje, the ‘Indaboski’, surfaced on the internet.

Chris Ezem, Secretary to the State Government, made the announcement in a statement on Sunday.

He said the governor has also directed the resolution of arrears of salaries owed by some government parastatals.

“It is also the position of government that workers will be paid by hand to checkmate debilitating and illicit sharp practices.

“It is expected that health workers and others will reciprocate this goodwill of the Governor by putting in their best in the service of our State”, Agbazuere noted.