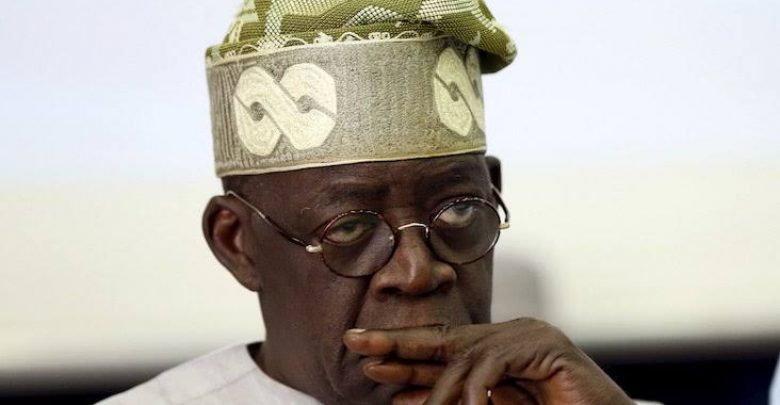 Kano Islamic leaders have cleared the air on reports of them endorsing the candidature of Tinubu in 2023.

CityNews Nigeria can authouritatively report that contrary to some reports in the media, the Council of Ulamas in Kano State did not endorse the National leader of All Progressives Congress (APC) Bola Ahmed Tinubu for the 2023 presidential election.

But speaking to newsmen on Sunday, the Kano State Council Chairman, Sheikh Ibrahim Khalil, clarified that no such endorsement took place.

According to the Muslim leader, such report could lead to disaffection among the Islamic clerics as they have diverse political allegiance and views.

“Bola Tinubu was in Kano to attend wedding Fatiha of Sheikh Muhammad Bn Usman’s daughter, a political gathering at Mambayya House by Buhari Supporters group and to reciprocate the visit of some Muslim groups across Nigeria that visited him and the Oba of Lagos after the EndSARS protest in Lagos over the loss of lives and properties,” he said.

“Some Muslim organisations including clerics from Kano visited Bola Ahmed Tinubu and Oba of Lagos after the EndSARS protests in Lagos where he was commended for the support he accorded Buhari that led to his emergence in the 2015 general elections.”

Sheikh Khalil qouted Tinubu as saying, “I am so overwhelmed with this visit as I never expected it, hopefully, I am going to return the visit.’’

“He was subsequently notified about the wedding of Sheikh Muhammad Bn Usman’s daughter which he promised to attend,” the Muslim leader continued.

“Hence during the visit, Tinubu expressed willingness to visit the Ulamas which was practically impossible for him to go from house to house.

“There and then some of the clerics that were part of the visit to Lagos were assembled and Tinubu came with governor Abdullahi Ganduje. It was there one of the clerics, Shehi Shehi lauded Tinubu for the support he gave Buhari in 2015 which led to his electoral victory, noting that we would always appreciate you and return your gesture.

“So, it is funny for the media to now report that Ulamas in Kano endorsed Tinubu, some of the Ulamas are not even in support of APC, while some even in APC have their solidarity for others.”