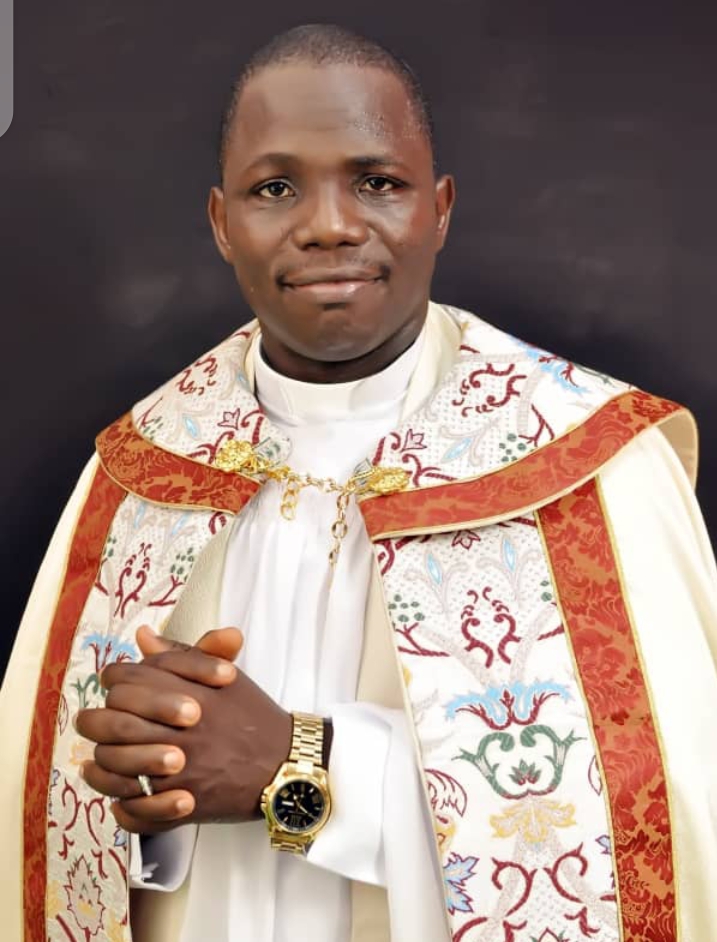 The church of Nigeria (Anglican Communion) has collated Venerable Babajide Oladimeji Alabi Olatubosun and three others as Archdeacons in the Yewa Dicese.

Venerable Olatubosun who had earlier been preferred Archdeacon alongside his friend Michael Olalowo on 31st December, 2019 with two new priests – Julius Babatunde and Ezekiel Aderogba were all collated by the Diocesan Bishop of Yewa Anglican Diocese, Rt. Rev’d Michael Adebayo Oluwarohunbi. 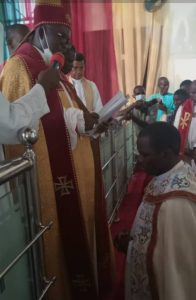 In a divine service held at The Cathedral Church of Christ, Ona-Nla, Ilaro on Sunday 6th December, 2020, Olatubosun and other priests were all collated.

Six ordinands were also made Deacons, ten Deacons were ordained Priests, while
Otunba Dr. Samuel A. J. Ibikunle and Chief (Mrs.) Janet B. Mautin were invested as father and mother of the Diocese respectively.

In his sermon, The Venerable Dr. Isaac Oyeneye, Dean, Immanuel College of Theology and Christian Education, Ibadan, who congratulated the preferred priests reiterated that taking up the higher calling is based on the trust that God has for the celebrants and that they must never betray the trust reposed in them.

Also Speaking at the event, an elated Venerable Babajide Olatubosun said he was a product of grace and promised to give his best to the growth of the Church and expansion of the kingdom of God.

He expressed gratitude to God and the Church for the confidence and new opportunity to serve at a higher level in the Kingdom.

Venerable Babajide Olatubosun started his ministry when he was admitted as an adhoc church worker in the Diocese of Egba and was posted to St. Thomas Chuch, Igbogun (now in Ifo Diocese) in September, 2003.

After two years of excellent performance, he gained admission to study at the Immanuel College of Theology and Christian Education, Ibadan in 2005 where he graduated as overall best student in 2008. He was made a Deacon in September, 2008; ordained a Priest in September, 2009; preferred a statutory Canon of the Cathedral in January 2014 and was preferred Archdeacon in December, 2019.

He had served in many churches across the Diocese including at Abeouta, Owode, Ilaro and Idiroko.

Aside from being a Priest, he was also trained as a Mechanical Engineer at The Federal Polytechnic, Ilaro.