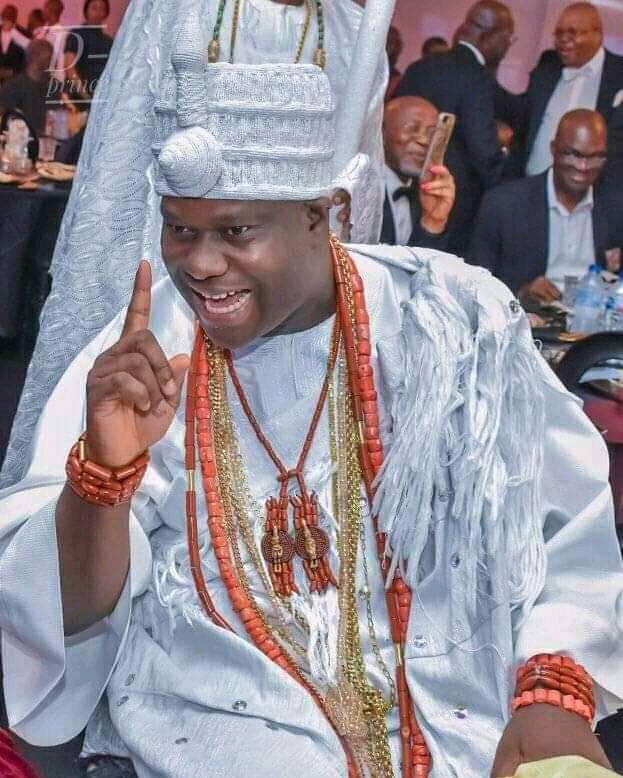 Ooni of Ife has said the word Yoruba is not appropriate as it’s just an alias.

Ooni of Ife, Oba Adeyeye Ogunwusi, has said the people of South-West Nigeria are ‘Ara Ife’ and not Yoruba as they are being called.

Oba Ogunwusi spoke in his Ile Oodua Palace on Saturday, while receiving indigenes of Otun-Ekiti and descendants of Olofin Ogunfunminire, who visited Ile-Ife to reunite with their root.

The royal father, who noted that all towns and settlements across Yorubaland had their roots in Ife, further explained that a research had revealed that the Yoruba people of South-West Nigeria were with the oldest DNA dated about 120,000 years.

A statement by Moses Olafare, the Director, Directorate of Media and Publicity, Ooni’s Palace, on Sunday quoted Ooni as saying, “There is nothing like Yoruba in Ifa corpus, it is like an alias given to us. We are all from Ile-Ife, we are Ara Ife.

“Scientifically, it has been proven that only the Yoruba that have the ghost DNA which gave the emergence to the likes of the sickle cell. Over 90 per cent of sickle cell history and genealogy is within us and our forbearance call them Abiku; the spirit and reincarnation of ghost spirit. You can hardly find that in the world.

“At some point, we once lived together as one big happy family and the likes of Oore of Otun played a pivotal role as the spokesperson of Oduduwa, our progenitor, the thinking and think-tank. We started the Parliamentary system.