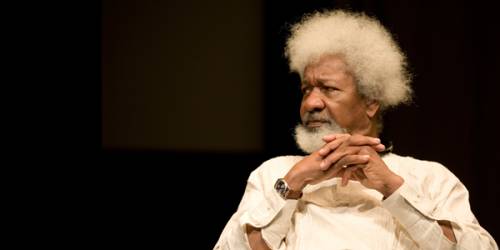 The book which launched at Terra Kulture, Victoria Island, Lagos, is coming 48 years after his two works – The Interpreters (1965) and Season of Anomy (1973).

The novel is published by Bookcraft Publishing, Ibadan.

Speaking at the book presentation, Soyinka explained why he returned to prose and how long it took him to complete the book.

In his words, “Some themes demand a greater expository approach.”

Speaking about the time frame working on the book, he said “Regarding the theme itself, the answer to that will be forever in terms of deciding.

”But in reality, when I have to start putting something down, I will say for two years.“