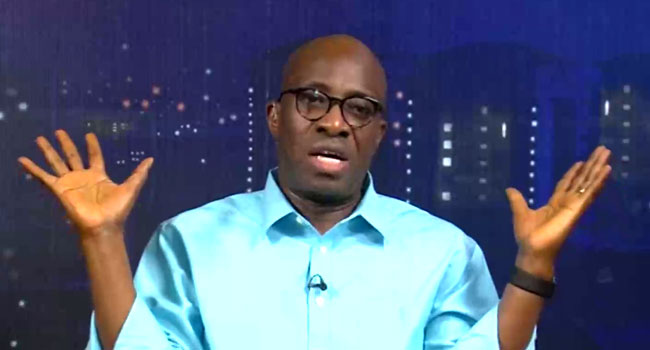 Segun Sowunmi has come down heavily on the ruling party by explaining what would happen if Buahri doesn’t honour NASS invitation.

Spokesman of the Peoples Democratic Party (PDP) in the 2019 election, Segun Sowunmi, has faulted President Muhammadu Buhari for failing to appear before the National Assembly over matters of insecurity in the country,CityNews Nigeria reports.

Sowumi believes that the president is being over protected and the government is now creating an impression that they are a “coven of dark forces who are not willing to be seen in the light”.

Speaking on Wednesday on Channels Television’s Politics yesterday, Sowumi noted that beyond the president’s failure to appear before the NASS, the real issue is a consistent pattern of failing to address Nigerians whenever the need arises.

“If the president doesn’t go, the heavens will not fall,” Sowumi said, adding “but we are saying that there is a pattern here and we practically had to beg him to speak to the Nigerian youths (during the EndSARS protests).

According to him, having a conversation with Nigerians, however little, goes a long way to inspire hope.

“That presidential conversation could infuse hope. Do you know the power of just the president infusing hope, saying “I’m on it and for some I can tell you this, some I cannot tell you…but be rest assured that this is what is happening”.