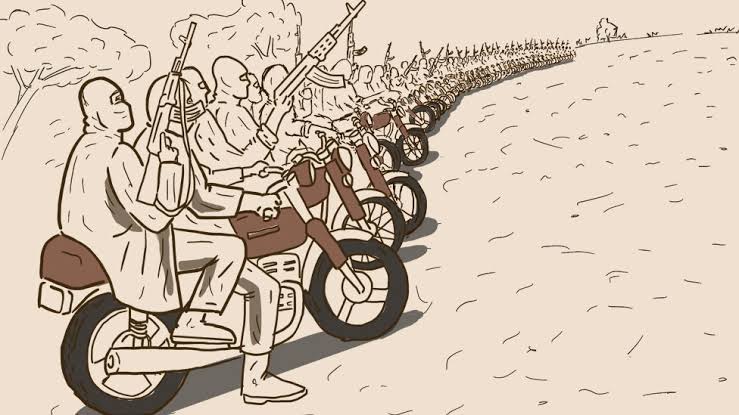 Scores of students from the Government Science Secondary School Kankara in Katsina State, North-West Nigeria have been reportedly abducted by bandits during an attack on the school Friday night.

The principal of the school, Usman Abubakar who confirmed the development to ait.live in a phone call said, the bandits arrived at the school at around 10.15 pm Friday night and operated for about 1 hour.

According to Abubakar, the bandits in their numbers burgled the school gate and shot one of the policemen on duty on his leg who is presently receiving treatment in one of the hospitals. The other policeman who was also on duty escaped before the bandits gained complete access to the school.

He further added that the bandits later proceeded to the staff quarters where they abducted the wife of one of the workers but later released her while they went away with their child.

According to him, the situation was however brought under control when soldiers of the Nigerian Army stationed in Kankara came and engaged the bandits in a gun duel, forcing them to abort their operations and flee to the nearby bush with the abducted victims due to the superior firepower of the military.

According to Abubakar, the school management is presently conducting a headcount among the students to ascertain the exact number that was abducted during the attack.

READ ALSO:   El-Rufai: We Will Bring In Foreign Mercenaries If Buhari Fails To End Terrorism
Advertisement

When contacted, the spokesman of the police, SP Gambo Isah said, he will reach out to the Divisional Police Officer of the area for information and revert back as soon as possible.

Kankara is one of the 8 frontline local government areas affected by the activities of bandits. This incident is however the first time bandits are abducting students from a school in Katsina State since banditry started sometime last year.