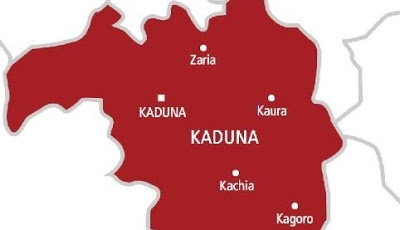 No fewer that Seven people were killed when bandit unleashed terror on residents of Gora Gan community in Zangon-Kataf local government area of Kaduna state.

Citynews Nigeria understands that among those killed in the attack, which happened on Thursday night, was a six-year-old child,

Samuel Aruwan, commissioner for internal security and home affairs, who confirmed the incident, said thirteen houses and two shops were also razed during  the attack

Aruwan, in a statement on Friday, said security agents repelled the attackers.adding that corpses of the seven persons have been retrieved.

“Security agencies, comprising the military and police, reported that Gora Gan community was attacked on several fronts, including the market area and houses stretching towards the Tudun Wada area of Gora Gan.”

He said troops of operation safe haven (OPSH), special forces of the defence headquarters and police personnel are following trails of the attackers.

He disclosed that a driver was also shot in Fadan Kagoma-Kwoi road in Jema’a local government area where an incident of sporadic gunshot was reported.

Aruwan said Nasir el-Rufai, governor of the state, has directed the State Emergency Management Agency (SEMA), to access the level of damage and provide succour and relief items to victims.