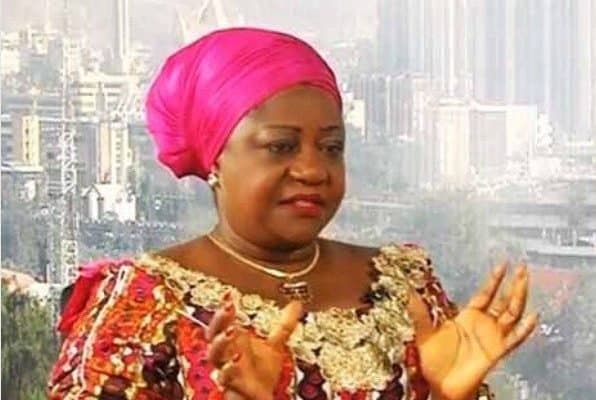 Mrs Onochie shared a video on Twitter of a Channels TV reporter speaking with the chairman of the Mile 12 market in Lagos.

The reporter says food prices are cheaper this year than they were last year.

Onochie, however, said the news took the “good-news-hating” Mr Usoh by surprise.

She wrote: “The Facts are in Food is cheaper this season than same time last year. The news took the good-news-hating @chamberlainusoh by surprise.

“This reporter & the Market Chairman managed to squeeze them in.

“Our nation is going through a hard time. Surely we can do with some Good news.”

“But I have never seen anyone enjoy, relish and savour with glee, the reporting of bad news the way it’s done on @sunrisedailynow,” she added. 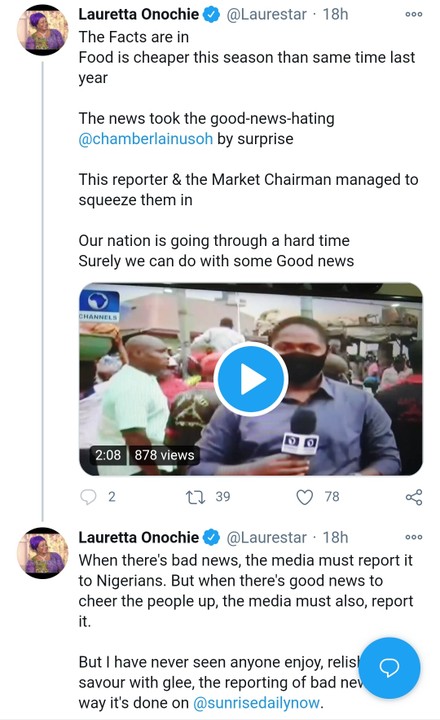