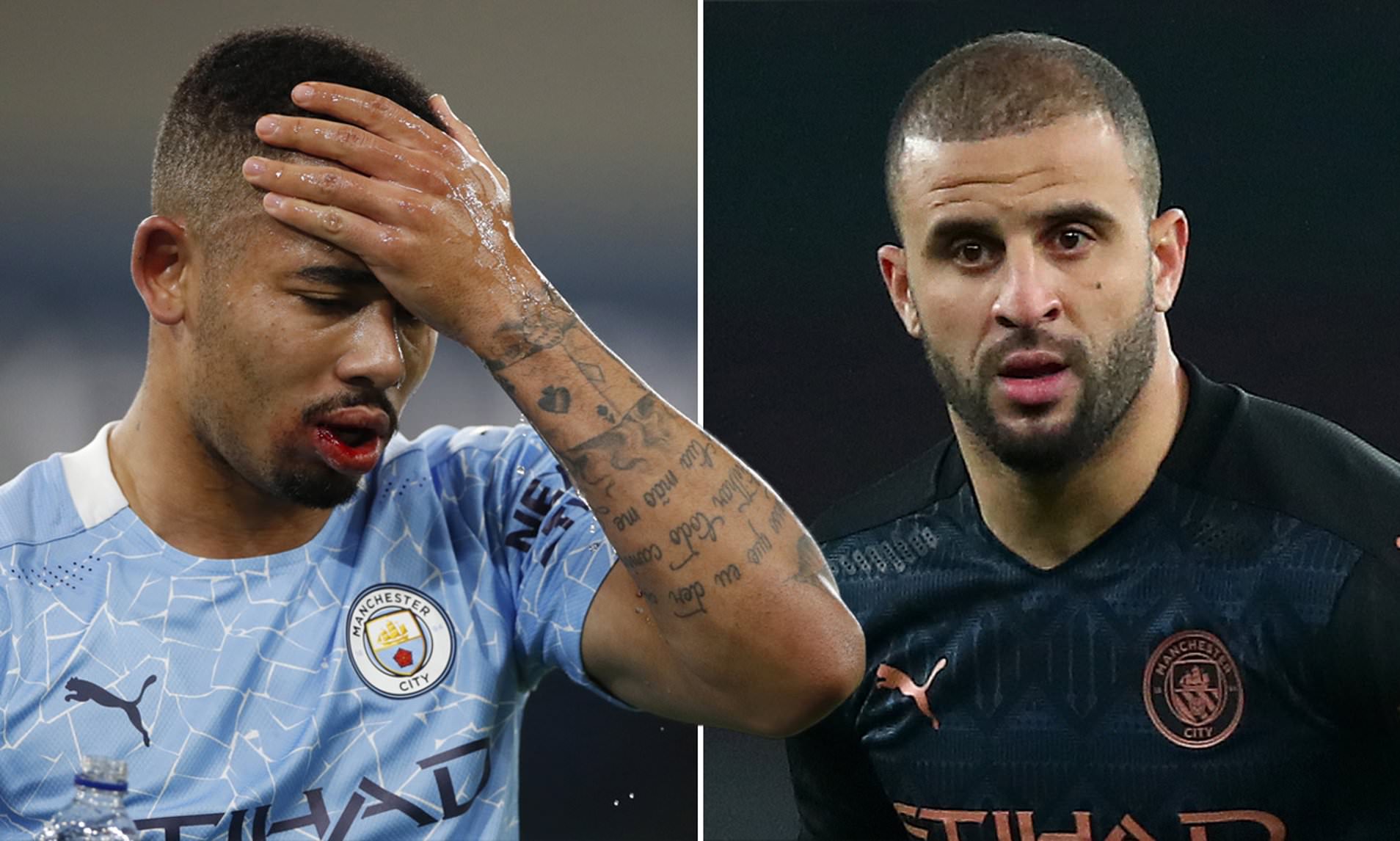 Manchester City have found themselves in a difficult position as Walker and Gabriel Jesus Have tested for Covid-19.

Two Manchester City players, Kyle Walker and Gabriel Jesus have both tested positive for coronavirus, the club confirmed on Friday.

Two members of the club’s staff have also tested positive, but the club chose not to reveal their identities.

The duo is likely to return for City’s Carabao Cup semi-final against Manchester United on January 6.

“All four personnel will now observe a period of self-isolation in accordance with Premier League and UK Government protocol on quarantine,” City said in a statement released on Friday morning.

“Everyone at the club wishes our colleagues a speedy recovery over the Christmas period ahead of their return to work, training and competition.”

The positive tests come as the UK experiences a surge in COVID-19 cases, with the 39,036 confirmed on Thursday marking it the second-highest daily total since the pandemic began.