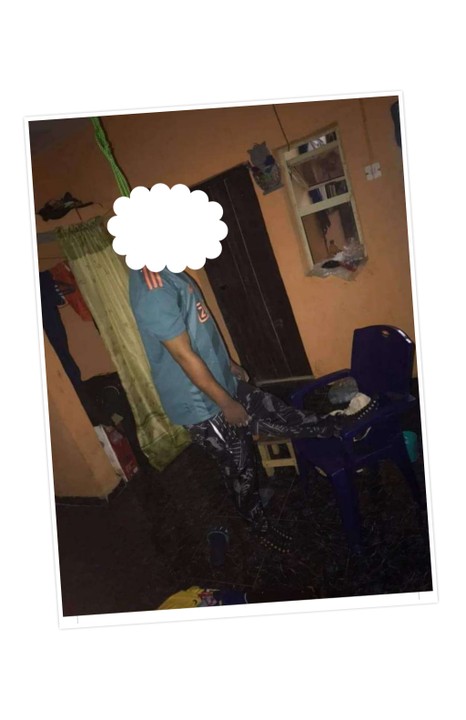 FUTO Student has committed suicide by hanging in his room.

The Department of Chemistry student carried out the act on Tuesday in his lodge at Umuchima, Ihiagwa in Owerri West Council Area of Imo State.

He was found hanging in his room. 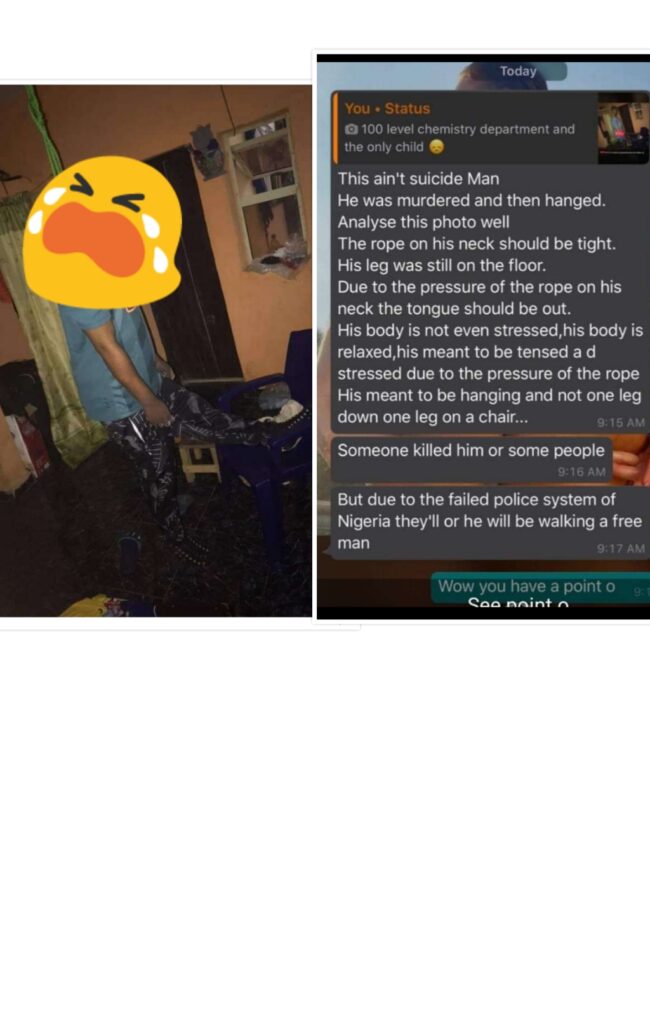 Sources said that the late Daniel returned back to the lodge with his mother about seven days ago and he took his life two days after his mum left the residence.

It was also gathered the deceased was initially facing some health challenges and going through pains.

The online platform learnt he left a note for his mother later taken into police custody.

Reacting, the varsity’s Public Relations Officer, Uche Nwaelue, confirmed that the deceased was a first year student of the institution and wondered why an 18- year- old would take his life.

“Somebody brought the picture to me though I have not visited the scene but I wonder why a 18year old person would take his life, this is an end time,” she said.

Also, confirming the report, the Police Public Relations Officer (PPRO), Orlando Ikeokwu SP, said that the deceased has been taken to the mortuary.

“I can confirm the report to be true. It happened and the body has been taken to the mortuary,” he said.