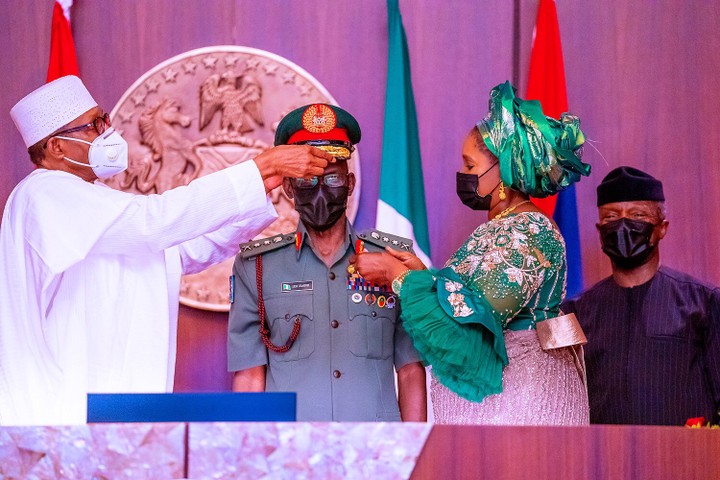 CityNews Nigeria reports that Lucky Irabor, chief of defence staff, is now a full-star general. He was a Major-General.

Ibrahim Attahiru, chief of army staff, was decorated with the rank of lieutenant-general after his promotion from major general.

Awwal Gambo, chief of naval staff, is now a vice admiral, up from rear admiral. 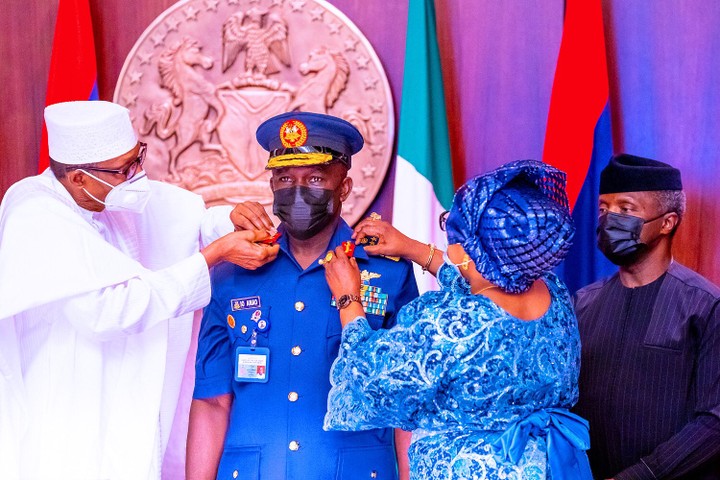 Isiaka Amao, chief of air staff, was decorated with the rank of air marshal, a step above air vice marshal. 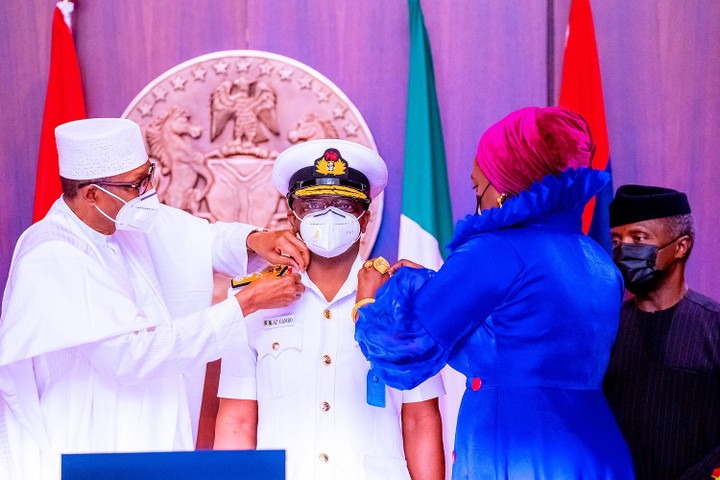 Promoting newly appointed service chiefs has become a tradition since Nigeria transited to democracy in 1999. 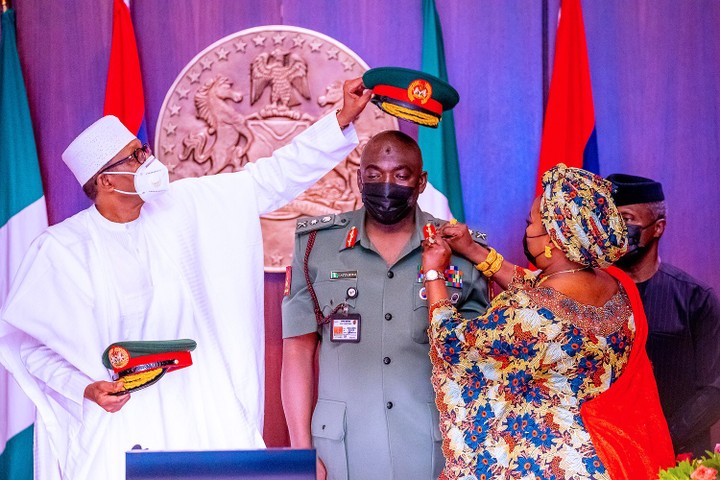 The President was assisted by the Vice President Prof Yemi Osinbajo and the spouses of the CDS and Service Chiefs during the decoration ceremony which took place at the Council Chamber, Presidential Villa, Abuja.