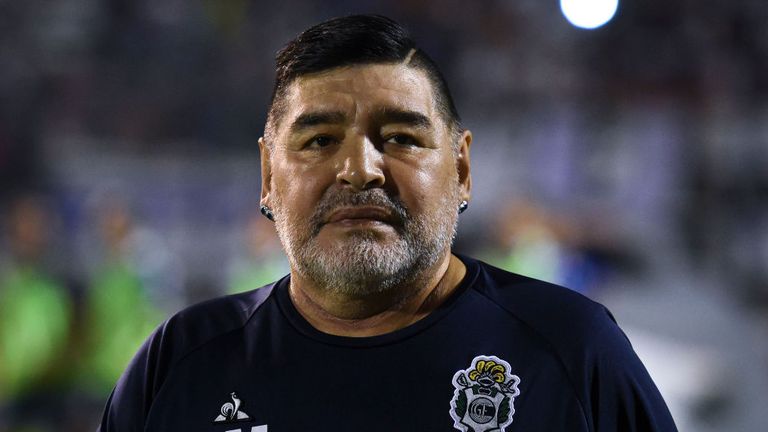 On Wednesday, hundreds of demonstrators took to the streets of Argentina to demand what they say is justice for the death of soccer legend, Diego Maradona.

The demonstration is coming months after his death was reported in November 2020.

Experts had met earlier this week to investigate how the football idol died and whether there had been any medical negligence in his case.

Wearing Argentinian football jerseys, the protesters held banners and flags emblazoned with Maradona’s face, as well as a cut-out of the superstar, during a rally in central Buenos Aires, the capital.

“He did not die, they killed him!” the organisers of the demonstration said in materials sent out on social media prior to the march.

The march kicked off at the emblematic Obelisco monument in central Buenos Aires, where protesters waved flags and sang songs in homage to Maradona, choking the streets around rush hour in the country’s capital.

Maradona’s ex-wife, Claudia Villafane, and two of his daughters, Dalma and Gianinna, led the early evening rally, with banners calling for social and legal justice in the case.

Maradona, a World Cup winner with Argentina who is regarded as one of the greatest soccer players of all time, attained almost godlike status in his home country in spite of long battles with drug and alcohol addiction and poor health.

A medical board, at the request of the justice department, met again on Monday to analyse Maradona’s death.

The idol, who won the 1986 World Cup, had serious health problems and was recovering from brain surgery when he died in the suburbs of Buenos Aires.

Investigators are looking at whether members of Maradona’s medical team did not adequately treat the former soccer star, who played for teams around the world including Napoli, Barcelona and Boca Juniors.