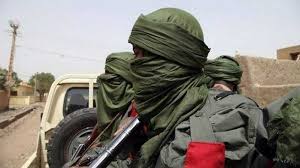 Bandits have invaded Kaduna State, killing 13 people in the process.

CityNews Nigeria reports that some bandits in separate attacks have invaded communities in three local government areas of Zango-Kataf, Kauru, and Chikun of Kaduna State, northern Nigeria, killing at least 13 persons and injuring seven others.

This online news platform understands that official statements from Samuel Aruwan, the state Commissioner for Internal Security and Home Affairs, confirmed the attacks on Friday, March 19, 2021.

According to Aruwan, 13 people have been killed and seven others injured in a series of attacks across communities in Zangon Kataf, Kauru, and Chikun local government areas.

The commissioner said the military under the auspices of Operation Safe Haven furnished the state with the information regarding the latest attacks.

He explained that the bandits first attacked Gora Gan Village in Zango-Kataf LG, where they killed one Irmiya Godwin on his way from the farm while his brother escaped.

Aruwan added that in another incident, the bandits attacked Kizachi village of Kauru LGA and killed 10 persons, leaving four others injured.

“Fifty-six houses and 16 motorcycles were razed, with several barns also raided and burnt,” he added.

Those who sustained injuries, the Commissioner said, are Cecilia Aku, Yakubu Idi, Godiya Saleh, and Moses Adamu, adding that they are receiving treatment in hospital.

The Commissioner added, “Furthermore, Masaka village in Chikun local government was attacked. One Duza Bamaiyi was killed, and two other persons were injured. Troops mobilised to the location to eventually repel the attack.

“Governor Nasir El-Rufai noted the report with sadness and prayed for the repose of the souls of the slain while sending condolences to their families. He wished the injured citizens quick recovery.”