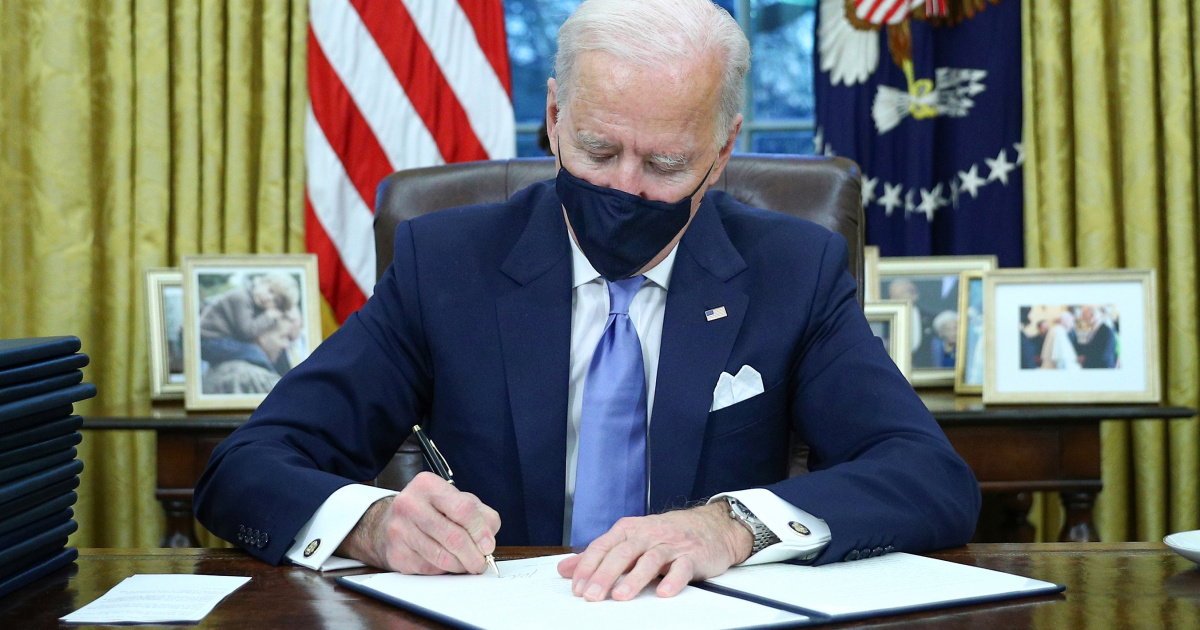 Facing pressure to act after a recent spate of high-profile mass shootings, President Joe Biden is set to unveil a package of moves Thursday that seek to address the scourge of gun violence.

The executive actions will include efforts to restrict so-called “ghost guns” that can be built using parts and instructions purchased online, but are limited in scope and fall short of the steps Biden has vowed to pressure Congress to take.
They will nevertheless fulfill his pledge last month to take “common-sense” steps on his own, and one move — more heavily regulating arm braces used to make firing a pistol more accurate — directly relates to the March shooting in Boulder, Colorado, where such a device was used.

He’ll also announce that he is nominating gun control advocate David Chipman to lead the Bureau of Alcohol, Tobacco, Firearms and Explosives, which hasn’t had a permanent director in place since 2015.
Administration officials have emphasized the announcements only amount to the first steps toward addressing gun violence, with later action — like a ban on assault weapons or rules requiring universal background checks — requiring Congress. Biden, who is in the midst of advancing a massive infrastructure plan, has voiced uncertainty on the likelihood of passing major new gun laws.

As the nation’s posture on guns has evolved, Biden has been front-and-center at most every stop along the way for more than three decades, from the triumph of a 10-year ban on assault weapons in 1994 to the disappointment of a failed push for universal background checks in the wake of the 2012 Sandy Hook massacre.
close dialog

Recent shootings in Georgia and Colorado had raised the question inside the West Wing over how much political capital Biden should expend on the matter, which has so often ended in frustration. Like former President Barack Obama, Biden has determined that executive actions are a more viable vehicle for progress given a narrowly divided Congress and a slate of other pressing priorities.
Biden “would be the first to say this is not enough,” his communications director Kate Bedingfield said ahead of the announcement.
“These are sensible regulations that help ensure that some of the most dangerous elements, the most dangerous guns that are out there, won’t be as easy to get and to use,” Bedingfield said on CNN’s “New Day.”
Biden will make the announcements Thursday from the Rose Garden alongside his attorney general, Merrick Garland, whose Justice Department will be responsible for drafting the proposed rules.
RECOMMENDED: How Much Dollars Each American Will Get In Biden $1.9 Trillion Relief Bill
Rules target ghost guns and braces

Ghost guns are handmade or self-assembled firearms that don’t have serial numbers. Some can be fabricated in as little as 30 minutes using kits and parts purchased online. Biden will direct the Justice Department to issue a proposed rule to “stop the proliferation” of those weapons, though a senior administration official previewing the step declined to elaborate on how specifically the rule — due in 30 days — might work.
Another proposed rule would target stabilizing braces for pistols, which aid in the weapons’ accuracy and manage recoil. Under the new rule, the devices — which the senior administration official contended turn pistols into short barreled rifles — would be covered by regulations in the National Firearms Act, including requiring registration. Last month’s mass shooter in Boulder, Colorado, used a pistol modified with an arm brace, according to a law enforcement source.

The President is expected to nominate Chipman to the ATF, a position that often becomes embroiled in the fraught politics of gun control. Chipman is a former ATF agent who serves as senior policy adviser at Giffords, the organization led by former congresswoman Gabby Giffords, who became a gun control advocate after being shot in 2011.
Biden also plans to announce new investments in intervention programs in violence-prone communities; a directive to the Justice Department to publish model “red flag” laws for states that allow the temporary removal of guns from people deemed at high risk of harming themselves or others; and a comprehensive report on firearms trafficking.
Taken together, the actions amount to the first real steps by Biden’s administration to combat gun violence. Inside the White House, efforts to devise executive actions have been led by White House Domestic Policy Council Director Susan Rice and Office of Public Engagement Director Cedric Richmond, administration officials and gun safety advocacy groups told CNN.

READ ALSO:   FACT-CHECK: Did Tinubu Say He's The Hope Of Nigerians As He Returns From London?(Video)

That included meeting with some of those groups and fielding ideas for steps Biden could take on his own. Some advocates had been clamoring for steps earlier in the administration, pointing to Biden’s pledge to prioritize gun control during his campaign.