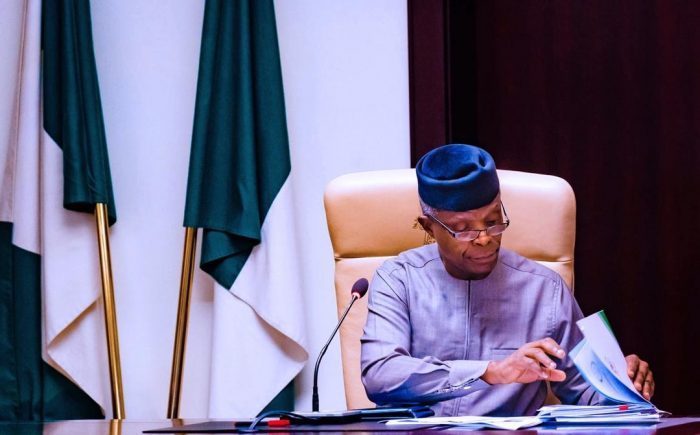 In a rousing message seeking to rally Nigerians and people of faith to see beyond the vicissitudes of the season in the country, Vice President Yemi Osinbajo, yesterday, reassured the citizens that Nigeria would become an oasis of peace, security and prosperity in Africa and beyond.

“Though Nigeria is going through storms and adversity, the country will overcome its challenges and realise its aspirations, because of the promises of God regarding the outstanding greatness ahead of the country,” he stated.

In his message at the 108th annual convention of the Nigerian Baptist Convention (NBC) themed “Moving Forward: Finishing the Race with Joy” at the ministry’s International Conference Centre on the Lagos-Ibadan Expressway, Ogun State, the nation’s number two citizen reiterated that the prevailing challenges notwithstanding,

He charged the NBC President and National President of the Christian Association of Nigeria (CAN), Rev. (Dr.) Samson Ayokunle, not to get tired even as he retires from the leadership of the denomination.

The CAN leader had urged the Federal Government to review the security architecture of the country in view of the anxiety in the land.