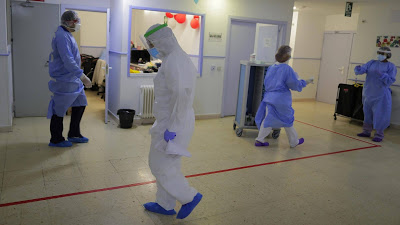 The Lagos State Government has placed the United States, Kenya, Tanzania, Ghana, Togo, South Africa, Canada, France, Germany, Uganda, the Netherland, Cameroun, Angola and Rwanda on its watch list as it works to prevent a third wave of the pandemic.

The Commissioner for Health, Prof. Akin Abayomi, made the disclosure yesterday at a briefing on the state’s COVID-19 update and preparation against the third wave, insisting that preventing the importation of the mutants was the best way to adopt.

“We are preparing and building resistance, but if the third wave enters, the state would prevent it from going into the community,” he promised.

Besides India, Brazil and Turkey that already have federal attention, Lagos State said it would closely monitor passengers from the 13 countries listed above.

Abayomi also disclosed that the state had received new 57,000 vaccines from the Federal Government, which it had started administering.

The commissioner said with the new doses, 27,000 more residents would receive the jabs.

“In Lagos, we have experienced the first and second waves. We are looking at the factors that could possibly trigger the third wave,” he noted.

He identified laxity among citizens, false sense of security and non-adherence to guidelines as likely factors encouraging the third wave.

In his contribution, the Commissioner for Information and Strategy, Gbenga Omotoso, said Governor Bababjide Sanwo-Olu had implored residents to remain calm and adhere to non-pharmaceutical protocols.

IN a related development, the Nigerian Medical Association (NMA) has urged the Federal Government to revamp local vaccines’ production (LVP) to check over-dependence on foreign nations.

Its president, Prof. Innocent Ujah, in a communiqué yesterday at end of the 61st Annual General Conference/Delegates Meeting (AGC/DM) of the association, “Tin City 2021”, in Jos, Plateau State, noted: “The conference, taking cognisance of the fact that Nigeria had demonstrated capacity in vaccine production against yellow fever in the past through the Federal Vaccines Production Laboratory, Yaba.”

NMA commended the Presidential Steering Committee (PSC) on COVID-19 on the international travel advisory and re-introduction of restrictions to guard against the pandemic.

President of the association, Prof. Innocent Ujah, who made the call yesterday in Abuja, appealed to the current administration to spare no effort at ensuring the success of the renewed initiative with the inauguration of the Biovaccines Nigeria Ltd., a joint venture between the FG and May & Baker Nigeria Plc.

He said: “The NMA will be very pleased if the initiative sees the light of day so as to reduce the over-dependence on other countries and achieve self-sufficiency in vaccine production.”