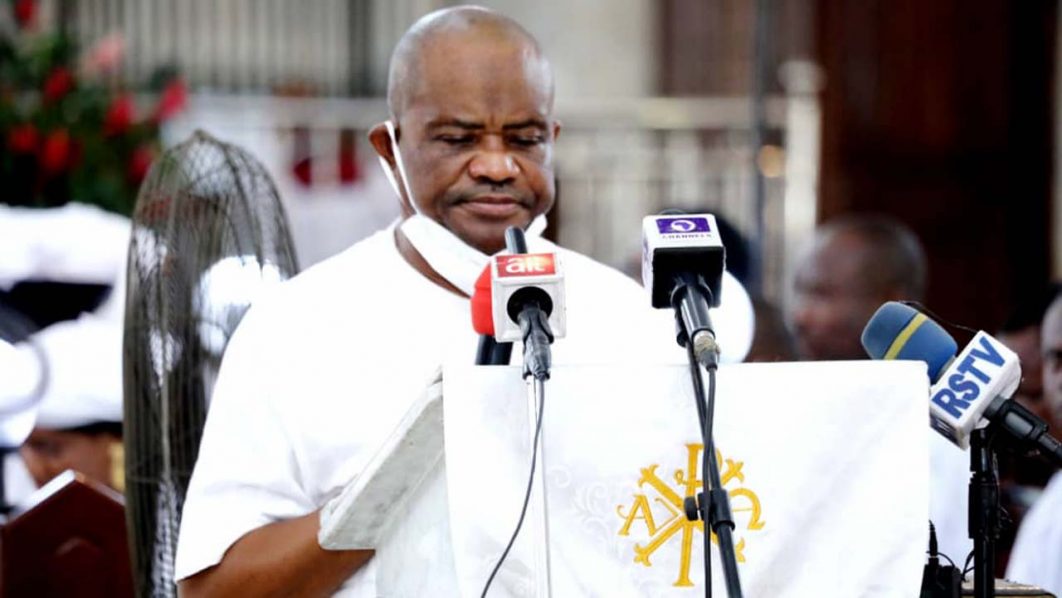 CityNews Nigeria reports that Rivers State Governor, Nyesom Wike, has vowed to resist any cabal within and outside the state contemplating to foist his successor on residents come 2023.

While urging Christian leaders in the state to pray for a rancour free transition ahead of the 2023 general poll, the governor declared that he had not anointed anyone to succeed him in office.

Wike stated this at a special thanksgiving service in commemoration of the second anniversary of the second tenure of his administration at the St. Paul’s Cathedral, Diobu, Port Harcourt, on Sunday.

He said, “Let me say it again, I have never sat with anybody to say I will make you governor. But, as a governor, nobody from anywhere, be it in the party, in Abuja, will impose who will be the candidate of PDP in Rivers State.

“Nobody can impose a candidate here in this state. So, if you are running to Abuja, you are wasting your time.”

Wike reiterated that leaders and stakeholders in the state would meet at the appropriate time to decide his successor.

In his sermon, Rt. Rev. Wisdom Budu Ihunwo, Bishop of the Diocese of Niger Delta North, prayed God to grant Wike, who he said turned Rivers State to a huge construction site, the grace to finish his tenure well.