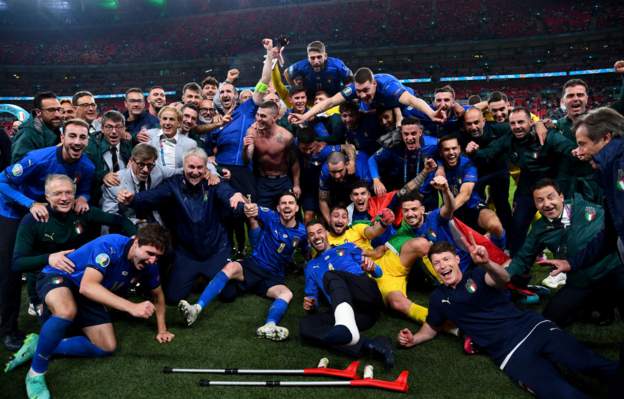 Italy have won Euro 2021 on penalties

Luke Shaw opened scoring for England in the second minute before Bonucci leveled from a follow-up shot after a corner kick.

Italy scored three kicks while England could only score two, making the Italians the champions of Europe. 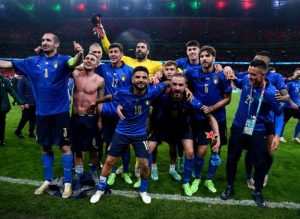 Scenes of celebration from Italy as Wembley take it all in. 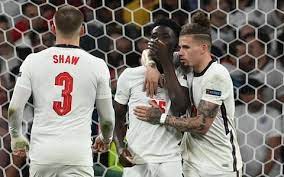