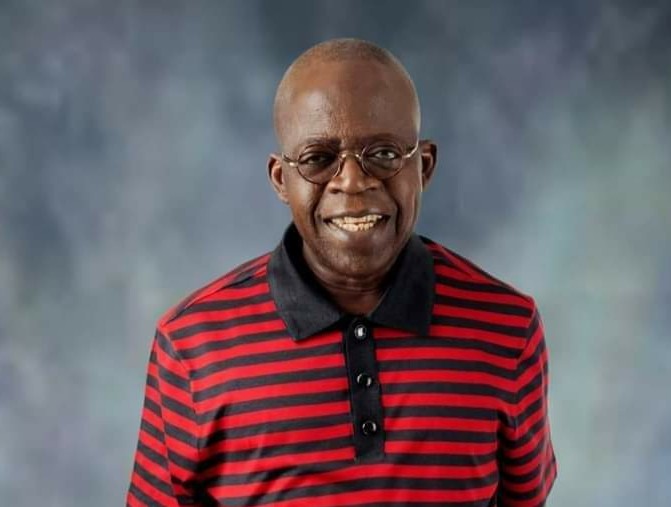 Eight years after it recorded a legal victory, the family of the late Efunroye Tinubu has taken possession of a parcel of land with over 50 houses at Akobi Crescent, off Fashoro Lane in Surulere area of Lagos.

The judgment of the court was successfully executed last week as the family took possession of the land measuring 8.994 acres without resistance from adverse parties.

A retired colonel, Tunde Oyedele had challenged the Tinubu’s family in court in suit number M/294/2010 wherein he asked the court to declare him sole administrator of the land.

But in a judgment delivered in 2013, the court dismissed his claim and found in favour of the Tinubu’s family.

Oyedele did not file any appeal against the judgment within the stipulated time required by law.

This development paved the way for the family to take possession of the land and the over 50 houses erected on it.

In support of his case Oyedele, had in his evidence told the court through two depositions dated 23/06/11 and 11/07/11 marked as Exhibits 1 and 2 respectively, that he was the owner of the vast area of land measuring 8.994 acres lying at Akobi Crescent, Off Fashoro Lane, Surulere in the Surulere Local Government Area of Lagos State which is covered by a Deed of Conveyance dated 03/02/1976 and registered as NO: 98 at page 98 in Volume 2263 at the Lands Registry Lagos

He claimed that he purchased the land from the late lyalode Tinubu Family through one man he named as Garuba Bakare of Agbole Tinubu, Ojokodo, Abeokuta whom he said acted for and on behalf of the vendor family, adding that it was part of the land which originally belonged to late lyalode Tinubu from time immemorial under the Yoruba native law and custom.

He averred that late Efunroye Tinubu enjoyed undisputed possession of the land and exercised undisputed ownership on it, adding that at all times material to the death of his vendor, and thereafter, Garuba Bakare was the head of the Tinubu family.

He said that upon the demise of Iyalode Tinubu, the appointment of Garuba Bakare as the Head of the Tinubu Family was affirmed by the Supreme Court in Suit NO: M/35/1955 and he was appointed as the sole administrator of the Estate of the late Iyalode Tinubu until new trustees were appointed.

He claimed further that the Supreme Court judgement was subsequently re-affirmed by an order of the High Court of Lagos made on 03/08/1965 in Suit NO: M/3/1965 wherein Garuba Bakare was appointed the Head of the Tinubu Family and seven other persons were made trustees over the estate.

However in his ruling, Justice Atinuke Ipaye of the Lagos State High Court sitting in Ikeja, dismissed the claimant’s arguments, holding that, “I am satisfied that the counter-claimants have established their clear and exclusive possession of the subject property as shown on Exhibits 21(a) (g), 29, and 30.

“Under cross-examination, since Colonel Tunde Oyedele allegedly purchased the subject matter in 1967, he did not erect any dwelling house or other structure on it, he also admitted that he has never alienated, sold or leased any portion of it to third parties. That no street on the large expanse of land has been named after him. Equally, he was unable to state how much he alleged spent in his construction of the perimeter fence he allegedly constructed round the almost 9 acres of the land.

“He was unable to bring forward the builder of the said fence or show receipts of evidencing purchase of building materials for such an extensive construction. Equally, he was unable to mention the name and or whereabouts of the persons he allegedly placed on the land to weed same.

“All this tend to show that at no material time was the defendant to counterclaim ever in possession of the said subject property and I so hold. I believe the testimony of DW1 and DW 2, which I find credible that they are members of the Tinubu Family and have remained in possession of same from time immemorial.

“The court hereby declare the sale of 8.998 acres of land by Garuba Bakare to the claimant, (Colonel Tunde Oyedele) as evidence by the Deed of Conveyance dated 3rd of February 1976 as invalid null and void. Also the deed of conveyance dated 03/02/76 registered as NO: 98 at page 98 in volume 2263 is hereby been revoked.

“Lastly the court hereby award the sum of one hundred thousand Naira to the defendant as general damages for the claimant’s unlawful invasion and trespass to the defendant land in Idi Oro, Surulere, Lagos.”