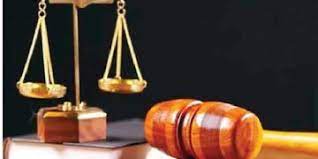 A Federal High Court sitting in Ikoyi, Lagos has granted N2bn bail to a 22-year-old man, Joshua Kayode, who allegedly defrauded 170 people of the sum of N10.7bn through a fake investment scheme.

CityNews Nigeria gathered that Justice Nicholas Oweibo granted the order on Wednesday sequel to a motion filed and argued by a Senior Advocate of Nigeria, Emeka Okpoko.

The Punch had earlier reported that the defendant alongside his company, Quintessential Investment Company Limited, were arraigned before the court on August 5, 2021 by the Force Criminal Investigation Department Annex, Alagbon-Ikoyi, Lagos, on 170 charges bordering on conspiracy and obtaining money by false pretence.

While arraigning the defendant, the prosecutor told the court presided over by Justice Tijjani Ringim that the defendant and others now at large, committed the offences between July 2020 and March 2021.

“The defendant defrauded the victims under the pretence of false multiple returns on investment and the offences committed by the defendant are contrary to Sections 8 and 1 of the Advance Fee Fraud and other Fraud Related Offences Act, 2006,” Williams stated.

However, the defendant denied the allegations and pleaded not guilty to all the charges.

Following the defendant’s plea, Williams urged the court to remand him in the custody of Nigerian Correctional Services pending when his bail application would be heard and determined.

Counsel to the defendant, Okpoku (SAN,) did not oppose the prosecutor’s remand application but asked the court for a short date to enable him file the bail application.

After taking arguments from both counsel on Wednesday, Justice Oweibo ruled on the bail application by granting the defendant bail in the sum of N2bn with two sureties.

The judge then ordered that each surety must own landed property within the court’s jurisdiction and must depose to an affidavit of means.

“The two sureties and the defendant must deposit two passport photographs with the court’s registrar, along with the defendant’s passport.