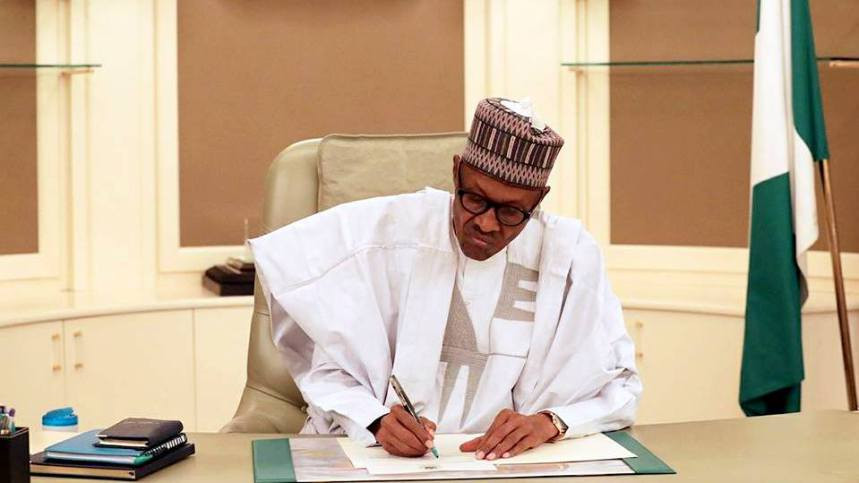 CityNews Nigeria reports that the Federal Government has approved new conditions of service and salary scale for the staff of the National Identity Management Commission (NIMC).

The Minister of Communications and Digital Economy, Dr Isa Pantami, disclosed this during the formal presentation of the approved conditions of service to NIMC staff in Abuja.

He said it was a significant departure from what was currently obtainable.

Pantami said NIMC conditions of service was a comprehensive document, saying that it would serve as the machinery through which the commission would articulate and implement its personnel policies and programmes.

According to the minister, the NIMC plays a critical role that impacts the life of every Nigerian and for people legally resident in the country.

“In light of the foregoing, it is imperative that the vibrant NIMC staff who are tasked with managing one of the nation`s most sensitive and critical assets are provided with the enabling environment to play this pivotal role efficiently and effectively.

“The first step I took on the personnel matter was to advise the Director General to set up a committee to review the existing policies at the time.

“Following the submission of a revised draft conditions of service by the committee, I scheduled arrays of consultations with relevant authorities,” he said.

Pantami said it was challenging rallying all and sundry to understand the exigency of the NIMC plight, and to bring everyone onboard considering the economic contractions witnessed in recent years and other pressing national projects.

He, however, said with persistence, determination and most importantly the support of Mr. President, the new salary scale and conditions of service were approved.

“The conditions of service include information about the NIMC, its core functions, offices and departments and the reporting structure as well as employment eligibility, categories, grade level classifications and staff obligations.

“Categorisation and eligibility for leave, promotion and career progression matters, pension and retirement benefits for all categories of staff, as well as robust staff emoluments, amongst others.

“Every chapter and sub-heads have been dutifully explained in simple and direct terminologies,” minister said.

He, however, said members of staff of the commission nationwide and across different cadres were implored to study and imbibe these conditions, the associated and complementary instructions, and notices and to become familiar with all procedures guiding their professional conduct.

“It becomes imperative to lay a strong foundational ID system for the country that can generate reliable and continuous data for policy and decision making, as well as accurate statistics for developmental planning and progress measurement.

“It is hoped that the approved conditions of service and the salary scale would serve as a veritable tool to re-engineer the operations, structure, and enhance NIMC’s overall functionality, productivity, and performance in line with the Nigeria Digital Economy Policy and Strategy (NDEPS), “Pantami said.

He said one of the major challenges in the supervision of the NIMC was the poor working condition of the staff since the inception of NIMC in 2007.

Pantami said multiple attempts had been made to change the narrative of the staff emoluments without success, saying process towards achieving a functional condition of service for the commission had commenced since 2010.

“Successive administrations have made efforts to institute a statutory personnel policy that accentuates the NIMC’s enormous mandate and humongous service offering to the Nigerian people.

“These previous attempts, although strong-willed, were unsuccessful, leading to disenchantment amongst the commission’s work force and loss of competent and highly skilled personnel to other agencies and organisations within and outside Nigeria.

“For an evolving digital economy like ours, foundational identity will provide a universal multipurpose system capable of supporting the needs for an inclusive legal identity to ensure citizen’s access to social services and effective undertaking of their civic responsibilities,” he said.

He enjoined all staff to ensure diligence, security consciousness and dedication for the seamless operation and integrity of the National Identity Management System (NIMS).

The Director General of NIMC, Aliyu Aziz, expressed appreciation to Mr President for the speedy assent and approval of the new condition of service and salary structure.

“This is a demonstration of the President’s faith, belief and support for the laudable achievements of the commission in recent years.

“This will provide further motivation, hope and confidence in the NIMC to do more in the future, ” he said.

He also appreciated the support and uncommon leadership of the minister, saying his leadership had been tremendous and quite remarkable.

Aziz said under his stewardship, NIMC had pushed the boundaries of excellence in achieving unprecedented enrolment records and tackle seemingly difficult challenges.

The Postmaster-General of NIPOST, Mr Ismail Adebayo, said the welfare of staff enhances productivity, as well as spur them to double their efforts.

The postmaster-general, who was represented by the Chief Operating Officer, Mr Yahaya Rufai, said the improved, well-packaged welfare of staff is an antidote to corruption.