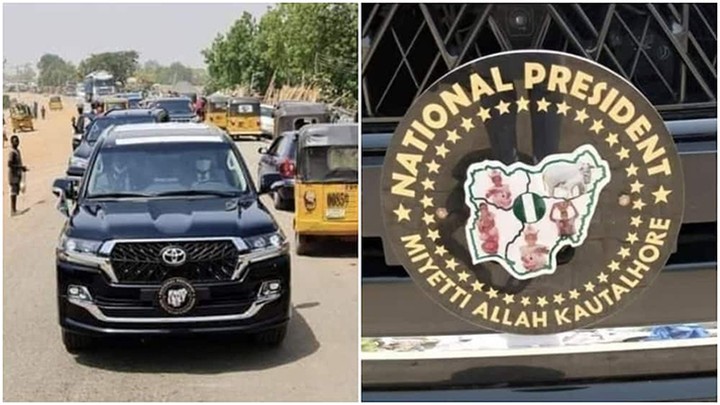 Terrorist organisation incorporated as Miyetti Allah whose dumbed headship authorises maiming, raping, slaughtering of citizens across the country with on-your-face impunity must be celebrating in its quiet recesses that it has visited Afghanistan on Nigeria at 61! Those who say President Muhammadu Buhari is the precursor of Miyetti Allah’s banality, banditary, barbarity have a point, after all.

Apart from being a cow’s President, no mentally sane leader watches tendenciuosly while citizens are been murdered and uprooted from their ancestral homes and farm lands while romanticising with the murderous terror group. The last statistical account revealed that more than six hundred thousand Nigerians from President Muhammadu Buhari’s ancestral home state have relocated to Niger Republic. Those were the words (not exactly) of Mrs. Aisha Buhari, the Nation’s First Lady!

David J. Singer, a South African and one of the world’s best war strategists in his book titled: Correlate of War (COW) states that if a thousand people are killed in state conflicts and five thousand people are displaced within a period of one year, such conflicts have metamorphosed into war! Only a few weeks ago Governor Zulum of Borno State told journalists that over twenty thousand Borno State citizens have been slaughtered. Even though this figure is conservatively way out of the known numbers of victims of Fulani’s terrorism, banditary killings, Boko Haram’s attacks and ISWAP’s nihilists the picture is clearer than ever before that President Buhari is perfectly suited as the COW President!

The terrorist organisation has been playing Federal Government’s roles by placing a hundred million ransom on Nnamdi Kalu’s head if caught dead or alife before he was eventually arrested in Kenya. The facts about who pays or gets what on Kalu’s eventual arrest is still shrouded in secrecy. Many a time Presidency spokesmen, Mr. Garba Shehu and Femi Adesina have directly responded to Governor Samuel Ortom of Benue State over his reservations on the banal and terrorist activities of Fulani herdsmen’s killing of farmers in Benue State.

Nigerians are at a cross road as to which to be known and called government between Miyetti Allah and the Nigerian Government. Mr. Femi Adesina in a national television programme some two years ago told Nigerians that it’s better for them to let go of their ancestral lands instead of allowing themselves to be slaughtered on the same piece of land by Fulani terrorists. That was the worst statement that could come out from a renegade presidential spokesman who choose to lobotomise the evil of a terrorist group for an ethnic bloodlust monsters.

President Buhari has himself been intentionally pursuing Miyetti Allah’s agenda which has been advocating for seization of Nigerians ancestral land for cattle colony; to the bill of forest control, to open grazing, to ancient grazing routes in the private businesses of cattle herding.

READ ALSO:   Victor Oye: Peter Obi Will Not Achieve Anything Until He Returns To APGA (Video)

Any further doubt that President Buhari and his APC and Northernised government have failed to heed good counsels to allow cattle business owners to build ranches for their cattle and allow peace to reign? Now that Nigeria is at the verge of imminent collapse, those who ensure the pending decoupling will have their dates in the hall of shame!

Nigerians also wait with bathed breath for the President to declare the herdsmen bandits as terrorist. The Senate having foot dragged for so long recently made a resolution to call the killer herdsmen terrorist and not bandits. So the ball is now clearly in the court of Mr. President.

President Buhari has been signposted or positioned himself as the grand patron of the terrorising Miyetti Allah militia group. The global community would like to see him take positive action to prove that the latter assertion is wrong.