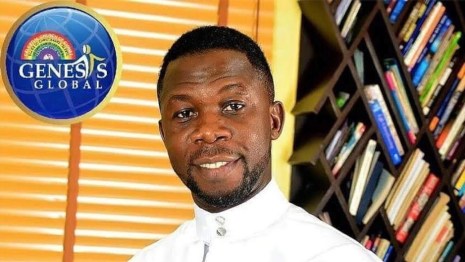 Popular Prophet and head of Genesis Global celestial church of Christ, Israel Oladele Ogundipe on Tuesday 5th of October 2021 spoke concerning his incarceration from the prison. The prophet from his sermon also revealed that so many innocent youths are being jailed and convicted for different and unaccounted reasons.

In a video, shared by the Genesis Global official Facebook page titled “No More Delay” Genesis as he is popularly called in his sermon, claimed that people will send hire killers to him if he revealed the happenings going on in the prison.

”So many innocent youths are there for crimes they didn’t commit. In America they do fingerprints but here there’s nothing like that. The judge sentenced me to two years imprisonments and still told me to pay the 11m I was convicted for without any concrete evidence. I went to maximum prison and i maximized the opportunity of going to the maximum prison where I became a preacher, built a mercy land and won souls for Christ”. He ended