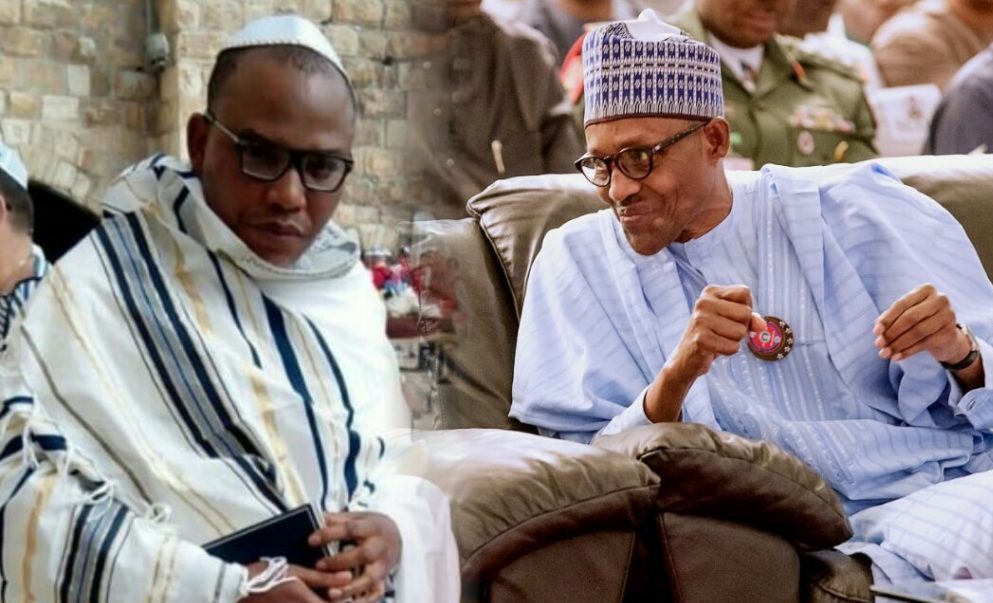 Buhari government to designate IPOB as a terrorist organization, presidency has revealed.

The administration of President Muhammadu Buhari is seriously working to get foreign allies to outlaw the Indigenous People of Biafra, IPOB as a terrorist organisation, says the president’s spokesman Garba Shehu.

“Buhari’s administration is redoubling efforts to have IPOB rightfully designated as a terrorist group by our allies outside of Nigeria – an act which will collapse their ability to transact gains from crime and extortion in foreign currencies,” Mr Shehu disclosed while responding to a scathing report by London-based magazine The Economist Sunday night via a statement.
Advertisement

The spokesman boasted that with the arrest and ongoing trial of Nnamdi Kanu, the leader of IPOB, the end was nearer for the separatist group and its agitation.

“In the South-East, IPOB – which the Economist rightly describes as “delusional” – the arrest and present trial of the terrorist leader of the group is the beginning of its demise,” Mr Shehu said in his rebuttal.

Mr Shehu dismissed IPOB as an unpopular group in the South-East.

Agitations for a sovereign state of Biafra, currently championed by Mr Kanu’s IPOB, predates the group or its leader. It first began in the sixties, triggering a civil war that claimed the lives of over three million Nigerians.

Violent campaigns against government establishments have continued unabated despite the seizure and incarceration of Mr Kanu in SSS custody since June, aside military crackdown on operatives and sympathiser of the group around Nigeria.

The Economist in its latest issue reported that Nigeria under President Muhammadu Buhari has become a crime scene of destructive magnitude on the African continent, describing Nigerian Army as corrupt organisation merely mighty on paper.