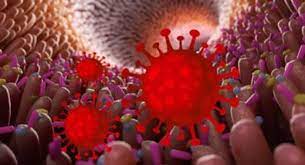 The patient was tested at Beilinson Hospital in Petach Tikva in Israel, with doctors finding the co-presences of both the flu and Covid pathogens.

A young pregnant woman has tested positive for the first case of Flurona, a mixture of coronavirus and influenza, according to reports.

The patient was tested at Beilinson Hospital in Petach Tikva in Israel, with doctors finding the co-presences of both the flu and Covid pathogens.

Local media in the country reported that the woman, who was unvaccinated, was discovered to have both infections during analysis at the hospital.

She has presented with fairly mild symptoms of the disease that “causes difficulty breathing”.

The Israeli Health Ministry is evaluating the results, according to the Mirror.

Experts are currently studying the combination of the two infections to detect if it could cause a more serious illness.

Now experts in Israel have said that several other patients have contracted the two viruses but have not been diagnosed.

Professor Arnon Vizhnitser director of the hospitals’ Gynecology Department said: “Last year, we did not witness flu cases among pregnant or birthing women.

“Today, we are seeing cases of both coronavirus and the flu that are starting to rear their head.

“We are seeing more and more pregnant women with the flu.

“It is definitely a great challenge dealing with a woman who comes in with a fever at childbirth.

“This is especially when you do not know if it’s coronavirus or the flu, so you refer to them the same.

“Most of the illness is respiratory.”

Mr Vizhnitser added that the patient did not experience any unusually serious symptoms.

He added: “She was diagnosed with the flu and coronavirus as soon as she arrived.

“Both tests came back positive, even after we checked again.

“The disease is the same disease; they’re viral and cause difficulty breathing since both attack the upper respiratory tract.”