The attorney general of New York state has subpoenaed Donald Trump Jr and Ivanka Trump as part of its fraud inquiry into Trump’s businesses, the New York Times reported on Monday, citing a court document.

The document was filed by lawyers for Trump in response to Letitia James’s decision to subpoena the former president himself. 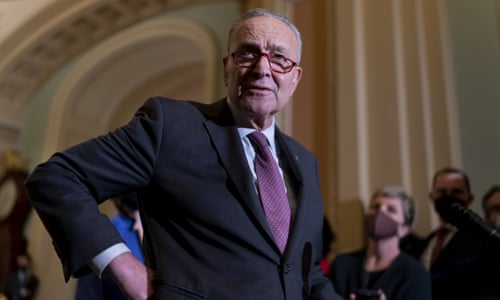 The Times said the subpoenas for Ivanka Trump and Donald Trump Jr “were served on 1 December, according to a person with knowledge of the matter”.

The paper also noted that Eric Trump, another of Trump’s adult children, was questioned in the case in October 2020.

James’s civil investigation is focused on tax affairs at the Trump Organization, specifically whether assets were inflated or understated to influence tax valuations.

In one such alleged instance, in 2016, the Guardian reported on differing valuations of a golf club outside New York City. The headline: How Trump’s $50m golf club became $1.4m when it came time to pay tax. Trump denies wrongdoing.

The former president’s business and tax affairs are also the subject of a criminal investigation in Manhattan, in progress for more than three years and joined by James joined last May.

James and the Trump Organization did not immediately comment on the Times report.