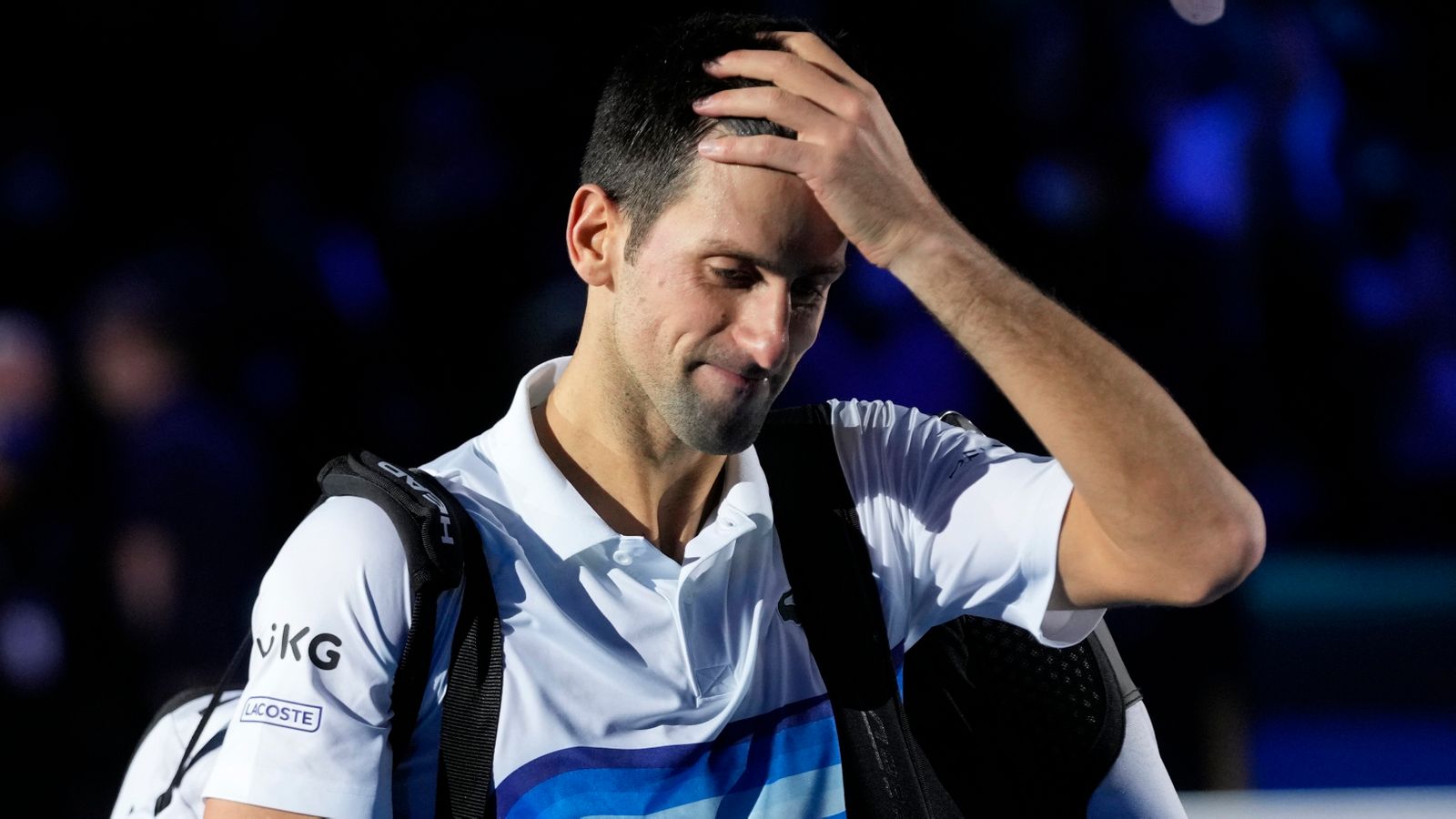 Novak Djokovic is awaiting his Australian Open fate in a Melbourne immigration hotel as the world No 1 mounts a legal challenge against Australia’s decision to cancel his visa.

Djokovic’s lawyers succeeded in a bid to stop him from being deported on Thursday with a full hearing in the federal circuit court now scheduled for Monday.

The tennis champion spent eight hours detained at Melbourne airport overnight before Australian Border Force officials announced he had been denied entry into the country on Thursday morning. They cited a failure to meet Australia’s Covid vaccination exemption requirements.

It is understood the reigning Australian Open champion was relying on a previous Covid infection as the basis for his exemption to compete – but that is not recognised by the federal government.

After unsuccessfully pleading his case at the airport, Djokovic was transported to an immigration hotel in the inner Melbourne suburb of Carlton.

As the political and diplomatic ramifications unfurled, Djokovic’s lawyers were working to obtain an interim injunction to stop his deportation.

In a snap hearing before judge Anthony Kelly on Thursday evening, it was agreed a full hearing between the player and the home affairs minister would be heard on Monday. Djokovic can’t be deported before that hearing.

The parties are due to submit evidence and submissions over the weekend.

Kelly said he would try to accommodate the parties to come to a resolution but stressed the court would not be rushed.

“The tail won’t be wagging the dog here,” Kelly said. “If Tennis Australia decides to do what it wants to do in running its enterprise, it will. All I can do is provide every facility available to this court to assist these parties to resolve it in the best way possible.”

The legal challenge could go all the way to the high court but there are just 11 days before Djokovic is due to start his campaign for a record 21st grand slam title at Melbourne Park.

“People must be fully vaccinated as defined by Atagi [the Australian Technical Advisory Group on Immunisation] to gain quarantine-free entry into Australia,” the Australian prime minister, Scott Morrison, said on Thursday.

“That means people who do not meet the definition will not be approved for quarantine-free entry.

“I am advised that such an exemption was not in place and as a result he [Djokovic] is subject to the same rule as anyone else. This is nothing about any one individual, it is simply a matter of following the rules, and so those processes will take their course over the next few hours and that event will play out as it should.”

The ABC reported on Thursday night that border force officials were also investigating another tennis player and an official granted medical exemptions by Tennis Australia.

Djokovic’s predicament has become the epicentre of a political tit-for-tat between Morrison’s federal administration and Daniel Andrews’s state government in Victoria.

The Serbian travelled to Australia after receiving an exemption from Tennis Australia and the Victorian government to compete. It was granted following a process that included assessment by two panels of health experts. Djokovic had expected that exemption would – along with his federal government-issued visa – allow him to play at the Australian Open.

On arrival, however, border force officials at the airport said Djokovic was unable to justify the grounds for his exemption.

Morrison said on Thursday that Tennis Australia had been advised several months ago that a recent infection did not meet the criteria for an exemption to enter Australia unvaccinated.

Tennis Australia and Victorian government officials said Djokovic, who has won nine titles at Melbourne Park including the last three, received no preferential treatment, adding he was among “a handful” of the 26 people who applied who were approved in an anonymous and independent process.

Mary Anne Kenny, an associate professor of law at Murdoch University, said entry into Australia required a visa and an individual exemption as an unvaccinated person.

“Our laws are very byzantine, they’re very difficult to navigate and how they interact is pretty unclear,” Kenny said.

“I do think it’s unfortunate it wasn’t sorted out before he got here. The minister has very broad power for [visa] cancellation. They can cancel for all sorts of reasons.”

Carina Ford, an immigration lawyer who has represented the Biloela family, suggested there were three things Djokovic needed to enter the country.

The saga, fuelled by domestic political point-scoring about the country’s handling of a record surge in new Omicron infections, has created an international incident, with the Serbian president, Aleksandar Vučić, claiming harassment of its star player.

“I’ve just finished my telephone conversation with Novak Djokovic,” Vučić posted on Instagram. “I told our Novak that the whole of Serbia is with him and that our bodies are doing everything to see that the harassment of the world’s best tennis player is brought to an end immediately. In line with all norms of international law, Serbia will fight for Novak, truth and justice.”