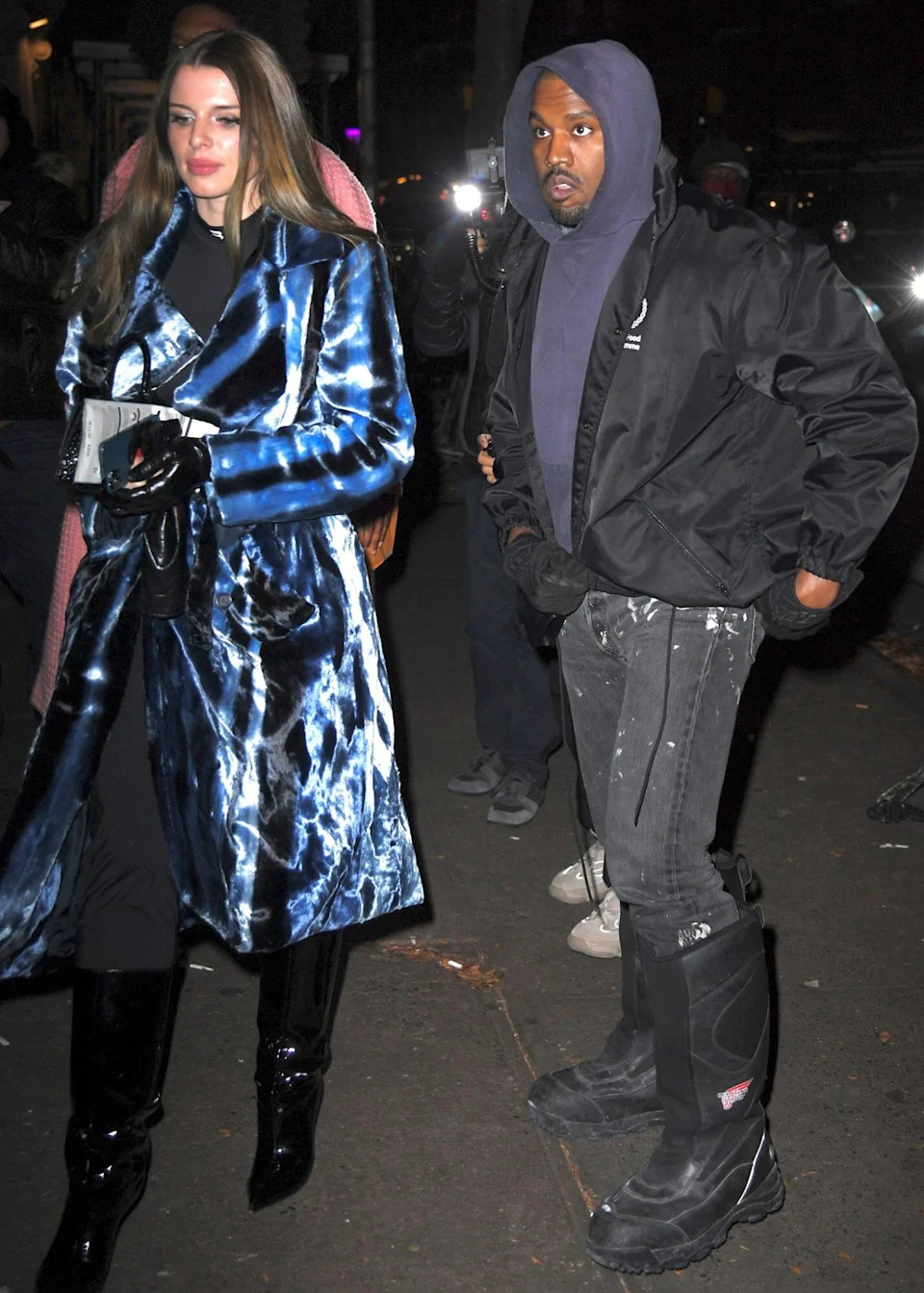 Kanye West and Julia Fox have confirmed they are dating –– with a steamy photo spread and a first-person magazine piece.

The Uncut Gems actress, 31, and West, 44, shared their budding romance with the world on Thursday with PDA-heavy photos published in Interview.

In addition to some photos of the couple intimately embracing and kissing on the floor of a dressing room, Fox provided a recap of their whirlwind romance.

“I met Ye in Miami on New Year’s Eve and it was an instant connection,” she wrote for the publication.

“His energy is so fun to be around. He had me and my friends laughing, dancing, and smiling all night.”

“We decided to keep the energy going and fly back to New York City to see Slave Play,” she wrote while sharing she was impressed with “Ye’s” punctuality, before documenting their lavish second date.

A source previously told PEOPLE that Fox “was very happy to be there,” adding: “He was excited she was there, and they were fully going out after.”

After watching the play, the pair headed to dinner at Carbone, Fox said, adding “which is one of my favorite restaurants. Obviously.”

Not content with just having a quiet post-Broadway meal, at the restaurant, West directed “an entire photo shoot” of Fox.

“The whole restaurant loved it and cheered us on while it was happening,” the actress said in Interview.

West then had a “surprise” planned.

“I’m still in shock. Ye had an entire hotel suite full of clothes. It was every girl’s dream come true. It felt like a real Cinderella moment. I don’t know how he did it, or how he got all of it there in time. But I was so surprised.

“Like, who does things like this on a second date? Or any date! Everything with us has been so organic. I don’t know where things are headed but if this is any indication of the future I’m loving the ride,” Fox added.

The photos also showed Ye styling some looks for Fox. West previously said fashion was “a language of love” for himself and his estranged wife Kim Kardashian, who filed for divorce in Jan. 2020.

“That’s how I bagged her in the first place,” he said in November on an episode of Drink Champs. “I pulled up, I had the Balmains and the jackets and stuff, I pull the jackets and the shoes.”

The Donda artist dedicated his song “Runaway” to Kardashian, 41, last month at the Free Larry Hoover concert. “I need you to run right back to me, baby,” he sang, before adding: “More specifically, Kimberly.”

A source has previously told PEOPLE that although she filed to be declared legally single, West was still hoping there was a chance they’ll reconcile. 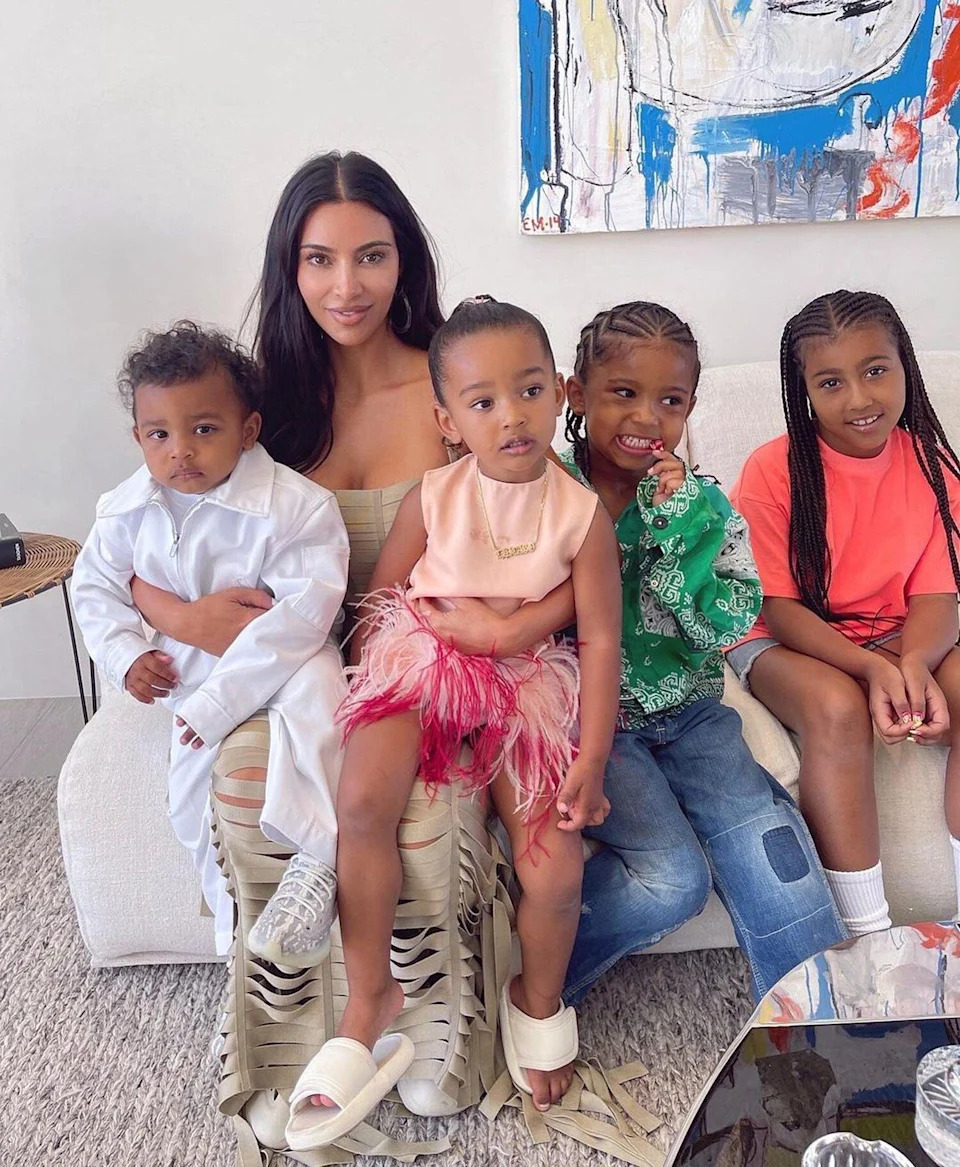 “He’s not giving up without a fight. Kim is the mother of his children and he’s not going to just let that go,” the source said. “No matter if they’re husband and wife, they’ll always support each other. Her recent filing or any filing for that matter doesn’t mean he’s going to stop fighting to win her back.”

West married Kardashian in Florence, Italy in May 2014, and they share daughters North, 8, Chicago, 3, and sons Saint, 6, and 2-year-old Psalm.

Kardashian has been romantically linked to Pete Davidson since October. She and the Saturday Night Live star, 28, marked the start of 2022 with a romantic getaway to the Bahamas.