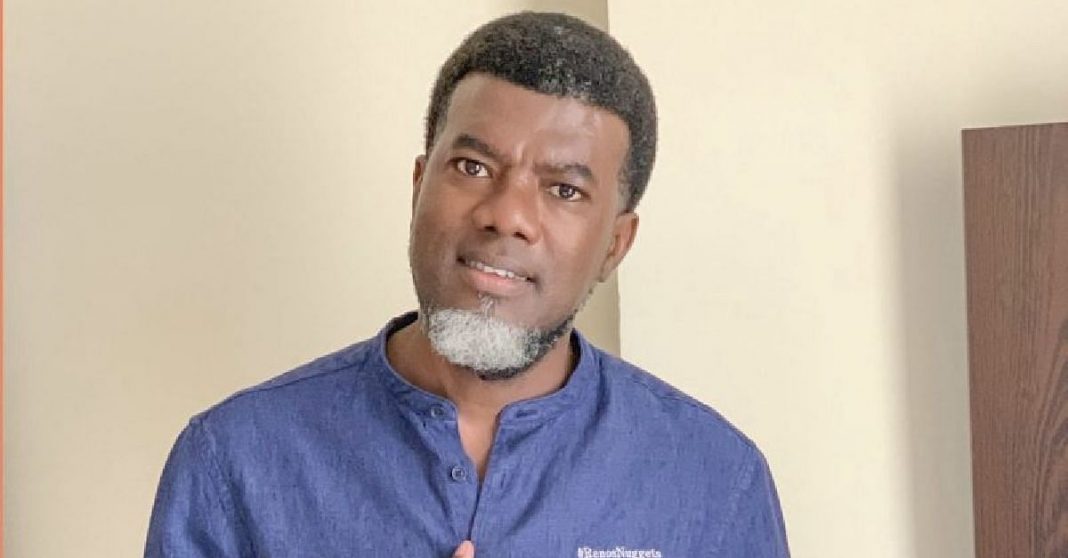 This onmine medium had reported that the social media was recently flooded with some clips of Mummy G.O’s preaching where she tagged relatively everything including football and comedy as sin, saying those involved will go to hellfire.

Mummy G.O in one of the clips, also claimed that she has been a virgin all her life, despite having had premarital sexual relationship and after giving birth to children.

Reacting to the memes, the socio-political activist in a post on his official Facebook page, lamented how Africans are easily manipulated through the gospel.

He likened the trend to how Africans were forced to abandon their religion to accept an imported way of life during the colonial era.

He said, “One thing the current Mummy GO phenomenon has laid bare is how easy it is to manipulate the psyche of our people.

“And it was even a factor in colonialism. European traders beguiled our ancestors with mirrors and other knickknacks that they had previously never seen. Then they sent in missionaries to Europeanise us in the guise of Christianising us.

“Let no one be deceived. I believe in Christ. I believe He is the Only Way to God. And I believe in Scripture. But what the European colonialists brought to Africa, Latin America and other colonised places was not the historically accurate Christ, nor the spiritually pure way to God, or indeed the genuine Scripture.

“And sadly, till this day, my people still celebrate European cultural weddings, burials and pagan holidays, and think they are practising the same pure faith that was handed down by Christ and His disciples to the early church.

“That is the chief reason why Mummy GO is sending everybody to hell. She and many others like her (many of whom have branded thousands of children witches, leading them to be kicked out by their parents) do not know the difference between Christendom and true Christ follower-ship.

“And that is why African Christians are gradually being beguiled to be intolerant of polygamy, which was practised in Scripture, but tolerant of same-sex marriage, which is condemned in Scripture. To think otherwise is to be uncivilised”.

Why Bella Hadid quit smoking – she speaks to InStyle