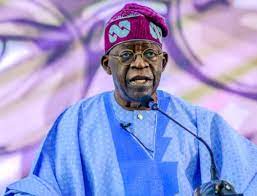 The All Progressives Congress (APC) has said its 2023 presidential ticket will not be given to any aspirant on a silver platter.

Deputy National Publicity Secretary of the party, Yekini Nabena, said this while reacting to the public declaration of Asiwaju Bola Tinubu, the party’s National Leader, in the 2023 presidential race.

After meeting with President Muhammadu Buhari at the Aso Rock Presidential Villa, Abuja, on Monday, Tinubu said he had informed the president of his 2023 presidential ambition.

His visit to the State House came four days after former President Goodluck Ebele Jonathan met with the president. There have been reports that Jonathan is being wooed to the APC to contest the 2023 presidency.

With his disclosure to contest the presidency, Tinubu is likely to clash with his political ‘godson’, Vice President Yemi Osinbajo, who is also believed to be interested in the presidential race.

Buhari had on Wednesday, during an interview with Channels Television, said he did not care who succeeds him in 2023.

Reacting to the declaration of Tinubu, Nabena said, “The APC will not give any of its members’ presidential ticket on a platter of gold; there are procedures so he (Tinubu) should continue consulting. The APC is not a come-and-take party. He should consult even those contesting with him.

“So consultations should continue and whoever emerges at the primaries will be the party’s presidential candidate for 2023,” the party said.

What I told Buhari – Tinubu

Responding to a question from State House reporters, Tinubu said he had formally informed President Buhari about his ambition to contest the presidential election

“I answer that with categorical yes. I’ve informed the president of my intention but I have not informed Nigerians yet. I’m still consulting. And I have no problem consulting.

“And I’ve not set a parameter of limitation to the extent of how many people will I consult. You’ll soon hear all you want to hear is the categorical declaration. You’ve gotten that truth from me that I’ve informed Mr President of my ambition, and you don’t expect more answers than that.”

“So, why do I expect him to say more than that? You’re running a democratic dispensation, and you must adopt the principles and the values and the virtues of democracy. That’s it.”

Tinubu, while responding to a question that sought his views on a potential race between himself, Osinbajo, and Governor Yahaya Bello of Kogi State in view of the presence of various support groups drumming support for them, he said: “I don’t want to discuss individuals now. I must discuss myself. I have the confidence, the vision, the capacity to rule, build on the foundation of Mr President, and turn Nigeria better.

“I’ve done that with yielding commitment in Lagos State. You’ve seen that experience and the capacity to turn things around and that is what we’re doing.”

When asked about what Nigerians should expect from him if elected, he said: “You want my manifesto now? Not yet. Not yet.”

When informed about the views of some Nigerians that he should remain a kingmaker, he said nothing stops a kingmaker from becoming a king.

“So, whatever is your attribute is your own opinion. Me, I want to pursue my ambition without the title of a kingmaker. You can write your literature and your story based upon your own perception”.

On the forthcoming APC convention for which no definite date had been fixed, he said: “It is certain that we’re going to get it.”

On whether the convention would hold next month, he said: “Oh, well. I’m not a spokesperson for the party. And the president is the leader of the party. So, expect convention, maybe if that’s added to your own anxiety, or the other party’s anxiety is good for us. We get it and we’ll get it done properly.”

He said the National Assembly and the president must be encouraged to review the Electoral Act saying “Whatever they come up with is what we must comply with.”

“There is no unlimited elasticity in what we face, because we have to plan and plan well, and be able to manage the time effectively. The great roadmap to success is the ability of a leader to do what he must do at the right time that it should be done. So, that to me, the electoral amendment point, we will still look at that collectively. And it is our country. It’s our democracy. We had adopted it and we will push it rigorously.”

There can’t be only one aspirant – Pro-Osinbajo group

The chairman of the Public Opinion Leaders Group, a unit of The Progressive Project (TPP), one of the groups rooting for Osinbajo presidency in 2023, Shettima Umar Abba Gana, said Tinubu’s declaration would not change their minds.

He said: “What is happening is democracy, he (Bola Tinubu) wants to run, we want our own man (Osinbajo) to run. That is the beauty of democracy; we want our man to come out because we believe he has some good qualities.

Gana said contrary to widespread belief, “Osinbajo did not tell us to come out and campaign for him. We came together on our own and want him to come out and contest and we’re hoping that he’ll come out because he is a very good candidate.

A political scientist, Dr Gbade Ojo yesterday said Tinubu was being “very smart” by informing Buhari of his presidential ambition.

Speaking to Daily Trust, Ojo, an Associate Professor of Political Science, said with the development, the journey for the 2023 election had begun in earnest. He said: “The truth of the matter is that he (Tinubu) is trying to bring Buhari into his ambition.

“Now that Buhari has been involved and Buhari that is pretending that 2023 may not be his concern, he’ll now get to know that he cannot be an onlooker. He must be interested in who is going to succeed him because of the stability of the party and the country.”

Professor Kamilu Sani Fage of Bayero University, Kano, said Tinubu’s statement should not shock anyone since he had in 2015 shown interest in becoming vice president.

Fage, however, said Tinubu’s statement would definitely “Meddle up the politics of the APC because people expect that given that Vice President Osinbajo was his (Tinubu) nominee and protégé, that he would back Osinbajo. That would have been a more sellable composition.”

He said people already had the view that Tinubu played some roles in making the Office of the Vice President redundant since 2019 and his declaration to run against the vice president will more or less confirm the views of the people.

“Most of the things the vice president should have acted upon as the deputy of the president, he was sidelined like the issue of COVID-19. They brought the Secretary to the Government of the Federation who is not an elected person and raised him and gave him all sorts of executive powers,” he said. Fage, a renowned political scientist, said Tinubu’s statement would dampen Osinbajo’s ambition and meddle up the politics of the South West “Because there are some people that are not in support of Tinubu.

“They may likely come out, but depending on how the APC set out. If the PDP goes to South East, maybe Tinubu may get a little support from his own opposition within the South West”.